Frontier Developments gears up for the debut of its epic space title on Xbox One.

While bigger name space sims like Star Citizen still continue to be developed, Frontier Developments has been forging ahead with its massively multiplayer online space sim Elite: Dangerous which allows players to pursue any kind of career they wish in deep space. Whether it’s trade, combat or even piracy, the game’s 1:1 scale and enormous scope presents limitless possibilities. As Elite: Dangerous is poised to release on Xbox One, the development team is just getting started with its epic space adventure.

GamingBolt had the chance to speak to Gary Richards, producer for Elite: Dangerous on Xbox One, about the game’s debut in the Game Preview program, the upcoming CQC update on Xbox One, how essential the Cloud is and much more. 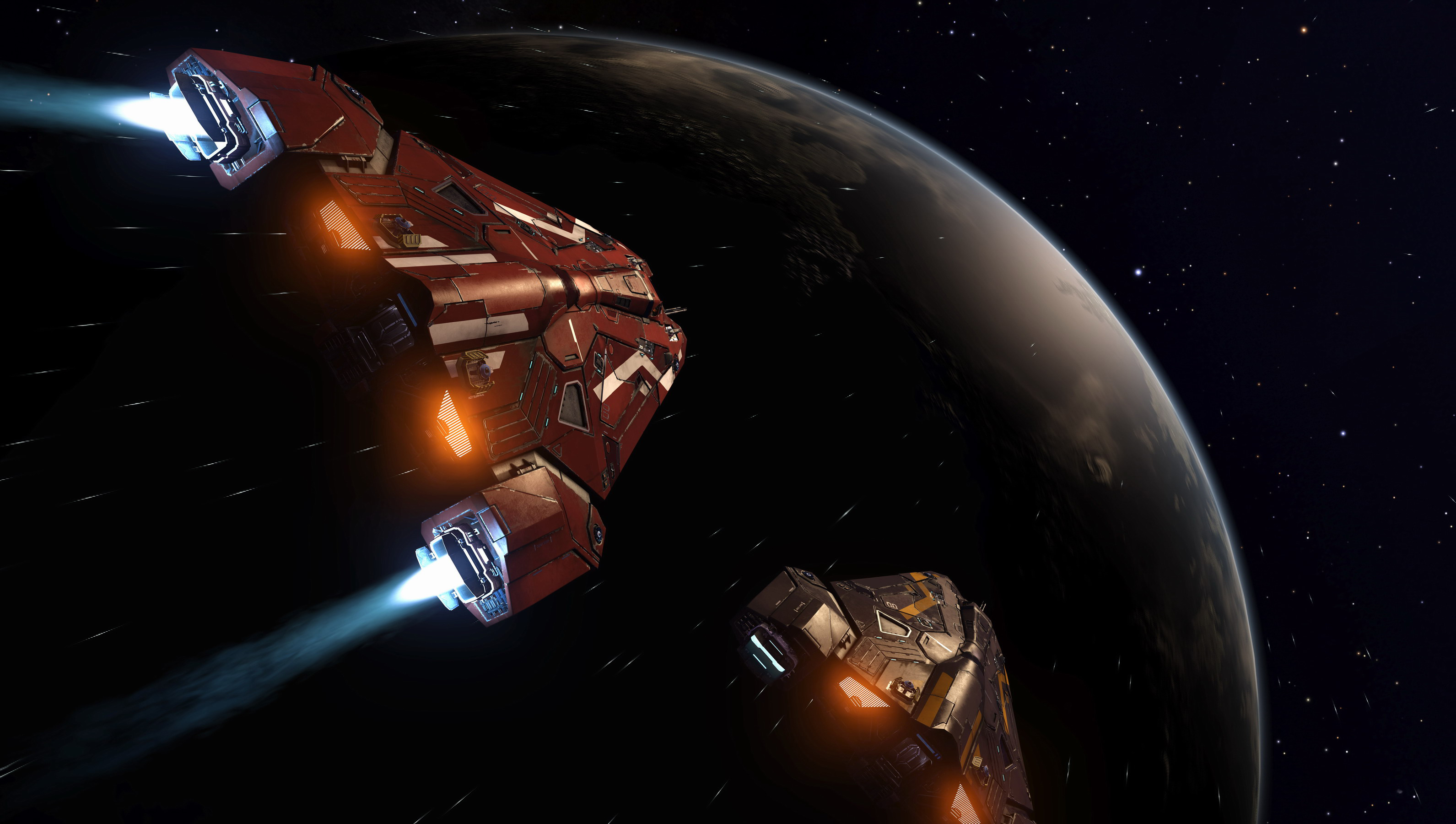 "None of the improvements we’ve made would be possible without huge numbers of players joining us in the Game Preview, stressing the servers, pushing the game and providing feedback."

What prompted the decision to bring Elite: Dangerous to the Xbox One?

Gary Richards: There’s really nothing quite like Elite Dangerous on console, and we heard requests from console players asking for it. Our in-house engine, COBRA, is the technology behind Zoo Tycoon, Kinectimals and a number of Xbox games which gives us a really solid foundation on Xbox One. Another huge advantage of coming to Xbox One was Microsoft’s nascent Game Preview Program and the chance to launch on the first day of E3 while the game was still in development. We developed in the open on PC and Mac too, and we’ve always found Early Access to be invaluable to development.

Can you tell us how the Game Preview program has made it possible to bring your game to Xbox One so much earlier [October] than it probably would have before?

Gary Richards: Xbox One’s Game Preview Program is really just Early Access for the first time on console. We found players understood it immediately and were excited to play the game before they ordinarily could. Since launch in June anyone who jumped on early will have been able to see the regular progress as the frame rate increased, new features were added and bugs were ironed out. None of the improvements we’ve made would be possible without huge numbers of players joining us in the Game Preview, stressing the servers, pushing the game and providing feedback.

Can we expect Elite Dangerous to run at 1080p and 30fps on the Xbox One? 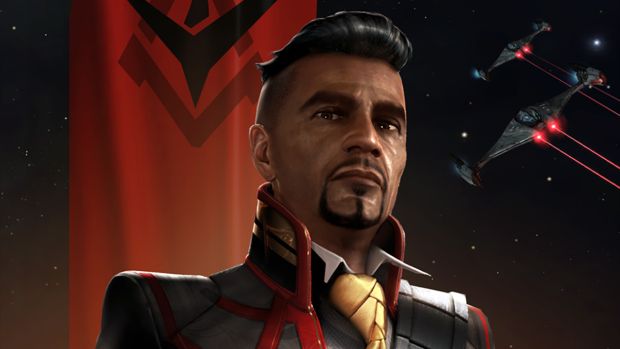 "The cloud is essential for Elite Dangerous. The entire galaxy lives on our cloud servers, and it’s those servers that make the game’s unique features possible. "

What is the one technical feature about the Xbox One that you are excited about?

Gary Richards: I remember reading tweets before launch saying a console version of Elite Dangerous should be ‘impossible.’ Well, it wasn’t impossible, but squeezing 400 billion star systems and a fully-working, full-sized replica of our Milky Way onto Xbox One was a monumental challenge. That said, for me the greatest achievement was both technical AND creative.

Elite Dangerous is a deep game with a control scheme designed to make you feel you’re in the cockpit of a real starship in 3301. On PC or Mac those controls can be mapped all over your keyboard or custom flight stick, but on Xbox One we always have the same number of buttons. We worked hard on our new gamepad UI and controls to make it feel natural and responsive. Our team managed to bring Elite Dangerous to Xbox One without cutting any technical corners, AND without cutting any creative corners. That, to me, is exciting.

Elite Dangerous is a pretty resource intensive game on the PC and obviously the Xbox One is a mid-range PC at best. How do you plan to realize your vision with a fixed hardware such as the Xbox One?

Gary Richards: The new generation consoles are actually considerable machines, and development is aided by the set benchmark. PC is always a ‘moving target’ in a sense, but you always know what’s inside an Xbox One. And that means we can keep optimizing with that target in mind. One thing that’s remained consistent is that we’ll never throttle one version of the game to benefit another. We shipped on PC last December and on Mac in May, with the optimizations we made on Mac all fed back into the PC version. The same goes for the Xbox One release. We didn’t cut content or features on PC to make the game work better on Mac and Xbox One; we actually improved the game’s performance, wherever you play.

Microsoft recently released a 7thCPU core for developers. Are you taking advantage of this latest SDK update for the XB1 version? If yes, how it has helped development? 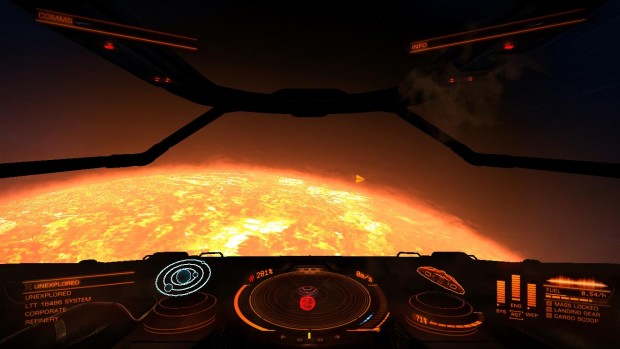 "Whether you play on PC, Mac or Xbox One EVERYONE is participating in the same galaxy. There’s one story, one economy, one Powerplay state and one galaxy – all living and changing based on player actions on the cloud."

What is your take on DirectX 12? Do you think it will improve games graphics and development on both the PC and Xbox One?

Gary Richards: We’re excited about the potential of DirectX 12, for sure. Not much more to say right now.

A lot has been said about cloud gaming and the impact it can have on Xbox One. What is your take on this? And do you think Elite Dangerous could utilize it in the future?

Gary Richards: We already use it. The cloud is essential for Elite Dangerous. The entire galaxy lives on our cloud servers, and it’s those servers that make the game’s unique features possible. It means we have a power struggle spanning countless star systems that every player can participate in. It means wars are won and lost based on player actions. It means players can cooperate towards massive community goals like building star ports or preventing plagues. It means whenever you’re the first person to discover a start system or planet, you’ll forever have your name attached to it as the discoverer. It means we have an economy players can manipulate. And most important of all: it means whether you play on PC, Mac or Xbox One EVERYONE is participating in the same galaxy. There’s one story, one economy, one Powerplay state and one galaxy – all living and changing based on player actions on the cloud.

How is the CQC mode shaping up on the Xbox One version?

Gary Richards: We beta-tested CQC first on Xbox One because we wanted fresh players on the new way to play, without bringing hundreds (and in some cases, thousands) of hours of expertise to the table, but we’ve found players on every platform have taken to CQC in the same way. Wherever you play it’s the same crazy PVP battleground with no up and no down, in these intricate custom-built arenas where threats can come from anywhere. Elite Dangerous 1.4 ships the very same day as Elite Dangerous for Xbox One, so Mac and PC will get CQC at the very same time. We’re going to keep supporting it going forwards, and we hope it becomes a really competitive space. We know the e-sports community doesn’t come for free, so we’re going to be developing it in a measured fashion, and if that community wants us, we’ll be there to support them.