Epic Games’ Fortnite To Run At 4K/30fps On Xbox One X And PS4 Pro, No Plans For Switch 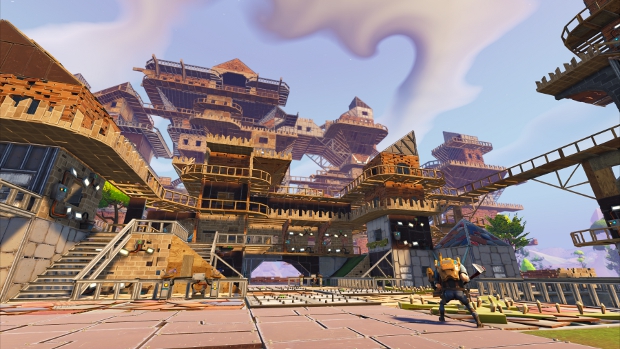 It’s been a long time coming but Epic Games’ Fortnite will sort of release this month. The “Minecraft meets Left4Dead” title will be going into early access and players can buy their way in. This will be the case on PC as well as Xbox One and PS4 – next year, Fortnite will be free to play.

What about the Nintendo Switch though? Does Epic Games have plans to release Fortnite on Nintendo’s console? GamingBolt spoke to executive producer Zak Phelps about it and he said, “That’s a great question. That would be amazing, right? Nothing on that officially.”

As for how the game would run on Xbox One X and PS4 Pro, Phelps noted “Resolution and frame rate is all dependent on your PC and what you can run. PS4 Pro, Xbox X, it’s going to look really good in 4K. We’re going to allow the resolutions that we can support and frame rate at 30 frames per second.

“We’ve turned on several key PC pieces on epic settings. We’re able to run the game on Xbox, Xbox One X, and PS4 Pro.” Fortnite arrives in early access on Xbox One, PS4 and PC on July 25th so stay tuned for more details.