Evil Dead: The Game continues a recent trend of more liberated, more powerful film-based games, including ones like 2021’s Marvel’s Guardians of the Galaxy or dating all the way back to 2015’s Mad Max. Like those titles, Evil Dead: The Game isn’t necessarily groundbreaking, nor does it feel like it has a remarkable amount of longevity, but as an asymmetrical multiplayer title in a beloved franchise, it’s mostly successful in making a quality experience for fans and newcomers alike.

Like Friday the 13th the Game or Evolve, in its foundational mode, Evil Dead: The Game is an asymmetrical multiplayer experience, and you play as either one of four human survivors or as one powerful demon, each with opposing goals. As the humans, your goal is to exorcise the demon by recreating the Necronomicon, while as the demon, your goal is to kill the humans before they’re able to do so. Matches are long, sometimes approaching half an hour, so as to give each side their ability to gather resources, get stronger, and prepare for multiple stages of battle against one another.

"Evil Dead: The Game isn’t necessarily groundbreaking, nor does it feel like it has a remarkable amount of longevity, but as an asymmetrical multiplayer title in a beloved franchise, it’s mostly successful in making a quality experience for fans and newcomers alike."

The humans are a team of four characters from the movies, falling into one of four classes: Leaders, Hunters, Warriors, and Support. Each has their own group of movie characters, such as Cheryl Williams as Support or Scotty as a Warrior, with the exception of main character Ash, who has a version of himself from different Evil Dead titles in each of the classes. While each class does play differently to an extent, especially as you put skill points into individual characters, I didn’t find that I needed to change my play style to match my class and could ultimately play generally the same across the board. The main form of gameplay is traditional third-person melee and ranged combat against different types of demons. You can find weapons for each slot around the map, and ammo can be scarce, so there’s a major incentive to be as thoughtful as possible about when to use melee and when to shoot. Similarly, there are both health items and “Pink F” bottles for intra-game upgrades around the map, and while the health items are few and far between, which makes every hit meaningful, the upgrades are pretty frequent, and I found myself often reaching the max in-game upgrade level.

Much of the experience playing as a human is highly satisfying. Every bullet hits with power, and every melee attack is even more enjoyable, especially in the pre-animated takedowns, which never seem to get old. Over time, though, it does begin to get repetitive. Humans have the same sequence of objectives in every match – locate the map, find the lost pages, and exorcise the demon – and there isn’t much in the way of strategic variety across maps or different team structures. Even with the interesting Fear mechanic, which causes you to become more scared if you’re alone or in the dark and ultimately lets the demon possess you, there isn’t much in the way of strategy once you get the hang of it. With more content updates promised for the future, hopefully there will be more differentiation for the human players, but for now it can get repetitive after even just a few rounds.

On the other side of the coin is the demons, which come in three varieties: Necromancers, Warlords, and Puppeteers. These three actually do feel significantly different from one another in gameplay, at least in the physical sense because they range in speed and power. For the most part, though, playing as the demon doesn’t have you controlling a physical demon, but as a floating being, moving around to set traps, open portals, and possess certain objects. Your main goal as the demon is to kill all of the humans, and you do so by somewhat strategically setting traps to increase their Fear levels and opening portals to bombard them with lower- and higher-level demons, including a boss that you control. Overall, playing as the demon is certainly the more rewarding experience because it feels like there’s more opportunity for playing around with strategies and trying new things. With that said, it ultimately falls into the same proverbial trap where you will most likely follow a similar play style after you get your footing. 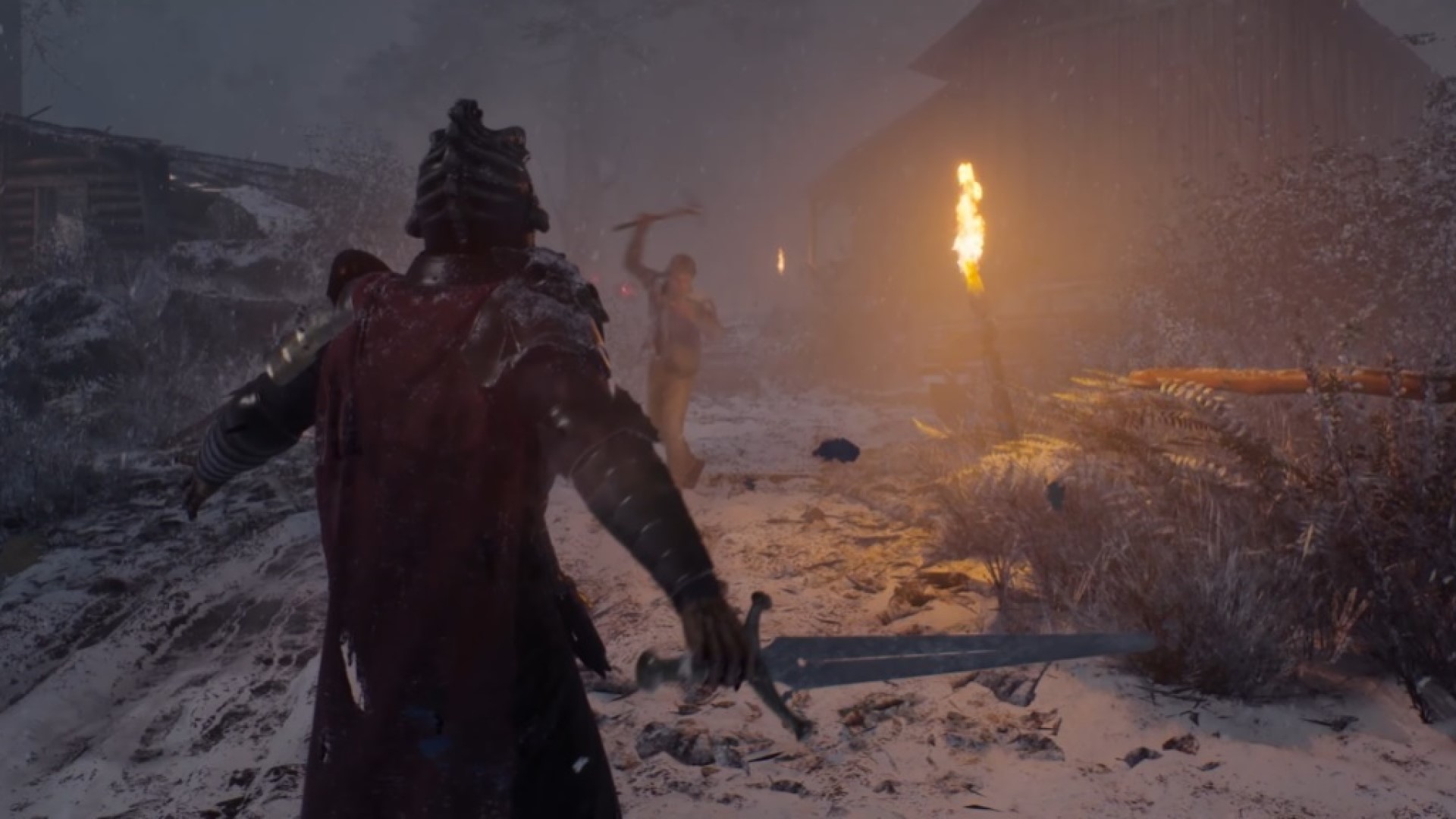 "Playing as the demon is certainly the more rewarding experience because it feels like there’s more opportunity for playing around with strategies and trying new things."

Within matches, for both humans and demons, you can upgrade your character to increase single-match health or stamina for humans, or abilities and fear power for demons. Across matches, too, there are permanent upgrades you can give to characters, each of which has their own skill tree. For each overall level, every character gets a skill point, and you can upgrade individual characters by assigning XP, even without having to have played as that character. I really like this system because it offers not only a bunch of different ways to gain new abilities and try new things, especially because you can respec at any time, but there’s also a give-and-take between characters. However, it does mean you’ll likely be focusing on just a couple characters, as it’s overall better if you max out one character than spread levels across many.

Even with the upgrades, though, the multiplayer can be noticeably unbalanced in the demon’s favor. Maybe it’s understandable that a demon ultimately comes out on top of four humans most of the time, but as a gameplay feature, I only ever saw humans win a handful of times, while the demon could win easily a vast majority of the time. Even while playing as the demon, there were a few matches where I won without entirely knowing how, as I was away from the scene. There’s still a lot of fun to be had on both sides, but it feels like there’s some rebalancing and tweaking that can be done to increase the humans’ chances of victory as new content is rolled out. Until then, you can expect demons to emerge victorious more often than not.

The only other major mode the game has to offer is a series of shorter, single-player missions where you take control of some of the main characters of the series, most frequently Ash, to complete a series of linear, mostly drab objectives. The purpose of these missions is less to be their own experience and more to unlock characters and story bits, but even with that in mind, they’re mostly forgettable. Their gameplay is even more repetitive than that of the primary mode, and the missions, even with just five of them available at launch, can be brutally difficult. While your successful runs will only take between 10-20 minutes per mission, a couple of them took me multiple hours to beat, as enemies can be frustratingly spongey and the missions have no checkpoints, meaning you have to restart the mission from scratch at any death. As extra content, you may enjoy them, but these missions don’t emphasize what the game does well and aren’t ultimately worth your time. 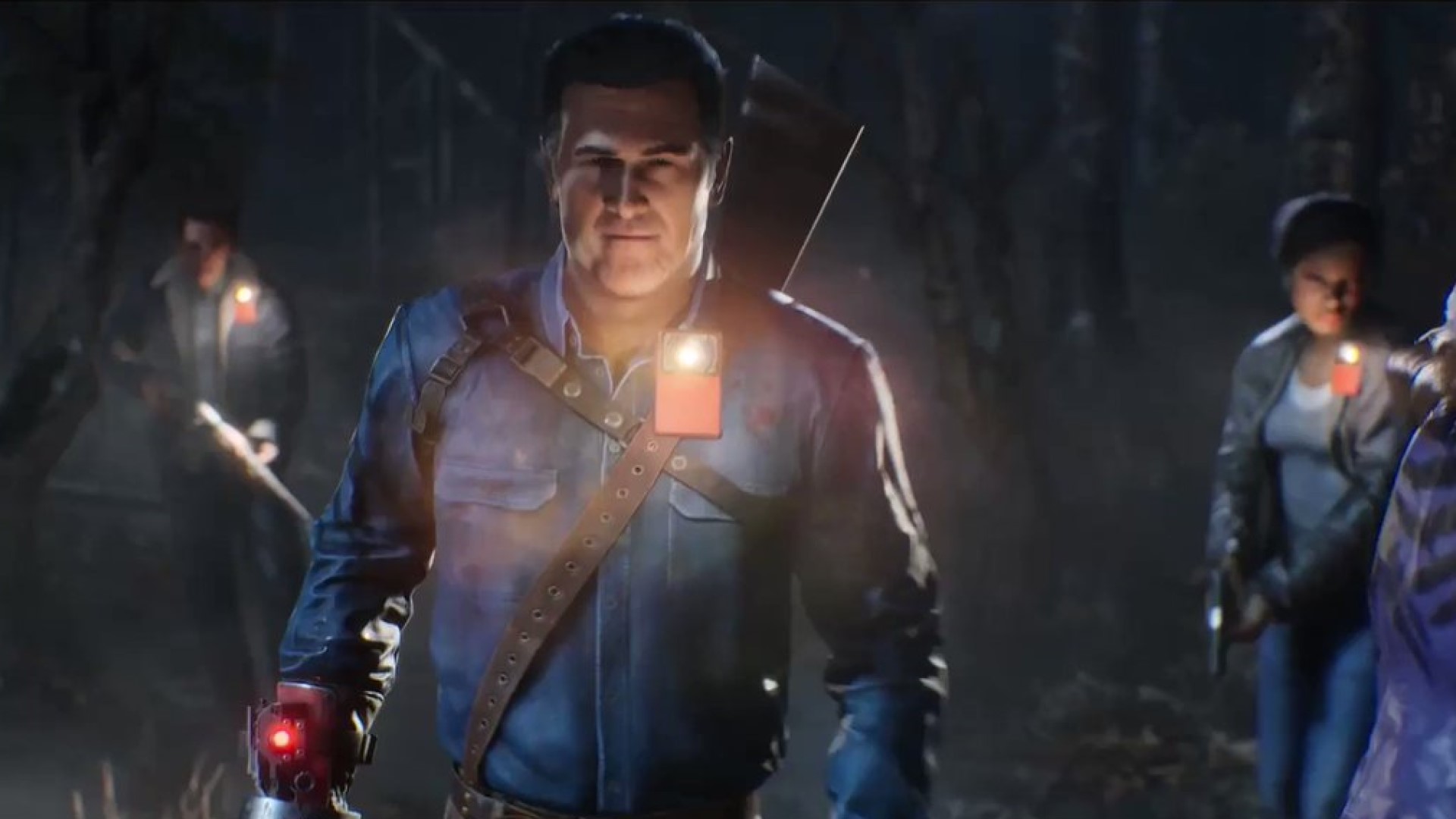 "It’s not going to add a whole lot to the Evil Dead lore, nor will it make a dent in the gaming landscape, but for what it is, Evil Dead: The Game is worth your time, if only to have some tense, satisfying fun killing demons and humans alike."

While there is fan service to be found almost everywhere, from the characters to the audio logs, the best example is the environments, which are lovingly recreated major areas from the movies that bring you to some of the most important scenes. There’s a lot of satisfaction in seeing some of these locations for yourself and being able to explore, especially in missions where you can usually take your time, but it often feels like they’re actually too big for their own good. Objectives are frequently far apart on the map, and the journey to get there, either in a car or on foot, feels dull and without purpose. I like the scarcity of items and the satisfaction in finding a needed upgrade or health item, but there were many cross-map journeys that felt unnecessarily long.

On the whole, Evil Dead: The Game doesn’t break much new ground in terms of asymmetrical multiplayer games, but what it does, it does mostly well. It’s not entirely balanced or varied, so what you see up front is largely what you get, but I found myself still enjoying cutting the heads off of demons and hearing Bruce Campbell’s one-liners just as much ten hours in as I did the first time. It’s not going to add a whole lot to the Evil Dead lore, nor will it make a dent in the gaming landscape, but for what it is, Evil Dead: The Game is worth your time, if only to have some tense, satisfying fun killing demons and humans alike.

Final Verdict:
GOOD
Evil Dead: The Game is another solid product based on a movie license that offers a good time for fans of the series and newcomers alike, but don’t expect it to knock your socks off beyond that.
A copy of this game was provided by Developer/Publisher/Distributor/PR Agency for review purposes. Click here to know more about our Reviews Policy.