Posted By George Reith | On 29th, May. 2011 Under Reviews | Follow This Author @GNReith

Finally, nearly half a year after the original release of Fable 3 on Xbox 360, PC gamers are able to try out the game on their native platform. Though the port is a little late coming, it offers a fairly translucent interpretation of Fable 3, both the good and bad. For a full run down of what we loved and loathed about the original, check out our Fable 3 Xbox 360 review and our second opinion on Fable 3. This review will, instead, focus primarily on the technical success and failure of the game’s port to PC. 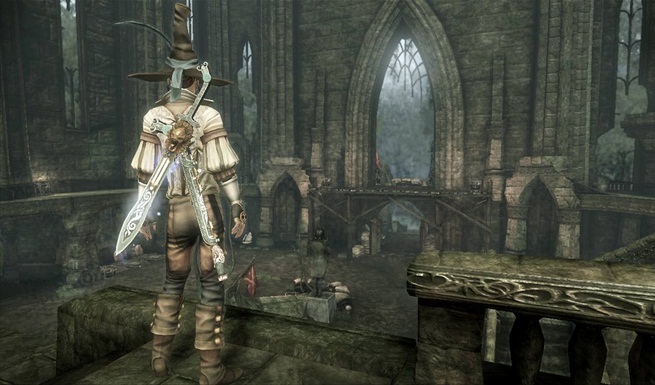 It’s a faithful port of the original, warts and all

The big hurdle most games face in the transition from console to computer is the issue of controls. Joypads and mouse and keyboard inputs don’t seem to have much in common these days. Considering the simplicity of Fable 3’s control scheme on 360, the PC controls should be considered a success; more or less. Though interactions with characters and objects are handled easily enough with the number keys (easier than it sounds, I promise), the controls become more complex than the game’s Xbox cousin the moment you engage in combat. The 360 version of the game was able to satisfyingly map your melee, ranged and magic attacks to three separate face buttons, allowing you to quickly mix up your attacks on the fly. The PC version gets around the lack of said face buttons by forcing you to switch into different attack modes with the number keys or mouse scroll wheel. Whilst it does work, you often find yourself unable to manage these different combat modes effectively when in the heat of battle. It generally means you’ll stick to one attack method for each battle. It isn’t a game breaker by any means, as the rest of the controls feel very comfortable, but it certainly doesn’t match up to Fable 3’s native version on the Xbox 360. On the plus side, the game does offer support for an Xbox 360 controller if you have the means of plugging it into your PC, making my mouse and keyboard control complaints moot if you have this luxury.

The other key area that often takes a hit in the porting process is the game’s graphics and subsequent frame rate. Thankfully, the PC port of Fable 3 passes these tests with flying colours. The port is smooth, very smooth even, and offers a stutter free experience, provided you meet the hardware requirements of course. Should your machine go above and beyond the call of duty, you’ll find that the game’s visuals actually surpass those of its Xbox counterpart quite impressively. Smoother textures and a much further draw distance are just some of the treats awaiting your journey through Fable 3 on PC. One other point to note is that the colour palette seems more mellow on PC, with a more emphasised motion blur effect also gracing the port. Whether this is good or bad will depend on your preference, but it’s worth keeping in mind regardless. 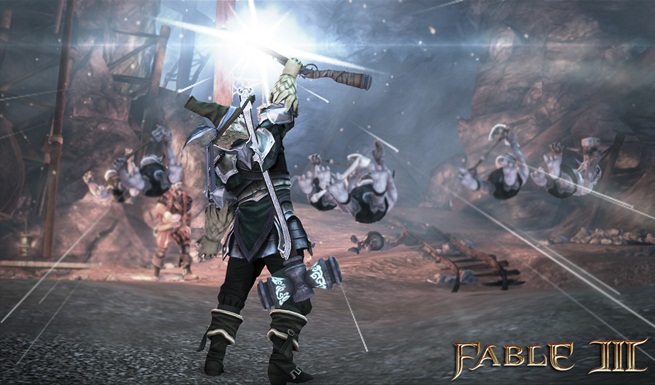 The other potential hit the game takes in its transition to PC is in the multiplayer department. The co-op action of Fable 3 makes a largely translucent appearance in the PC port. You can still adventure along with your buddies and engage in marriages and business partnerships as well, if that’s how you want to play it. You can only do this online though. The local co-op action seems to have been lost in translation, a true shame to be sure. Understandably, it would be hard to deal out two sets of controls on a single mouse and keyboard, but there are enough people out there with USB controllers to make local co-op worth including regardless. It’s shame then that this opportunity has been missed.

Aside from the mild changes in the port’s transition, the game remains unchanged. This is a double edged sword however. The plot remains as engagingly simple as ever, though the moral complexity is occasionally a little lacking or too overt for my liking. Likewise the combat has a lot to offer and is well complemented by the game’s sleek menu-less inventory system, though the lack of weapon variety may annoy some more classic RPG fans. 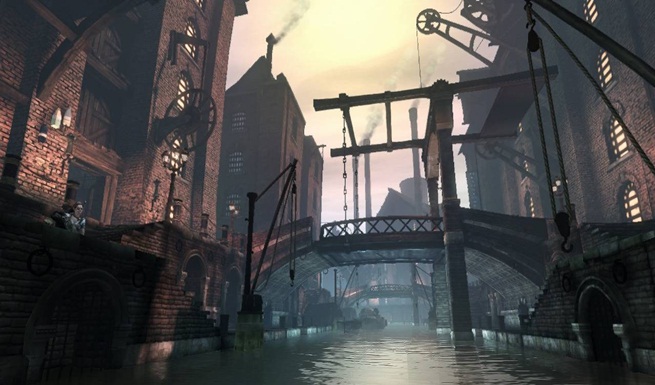 Fable 3 on PC offers the same enjoyable action RPG experience that console owners were treated to last year. Control issues prevent the PC version from eclipsing its Xbox counterpart, but PC owners are in for a nice visual treat. If you only game with computers, then rest assured that your Fable 3 experience will not be marred by a dodgy port job. That said, those with a choice of nightmares will have to make the judgement call of whether they want better graphics or controls. But at least we now have the choice.

Runs smoothly, No more glitches than in the original, The same fun game, Controls are well handled, Better graphics than the Xbox version

Controls are more complicated than on the 360, The game still doesn't quite live up to Molyneux's promises, No local co-op

PC gamers finally get a glimpse of the most recent addition to Molyneux's action RPG trilogy. The PC port of Fable 3 is a faithful recreation of the game that offers a smooth experience that is better looking than its Xbox counterpart, though it is missing a few components

A copy of this game was provided by developer/publisher for review purposes. Click here to know more about our Reviews Policy.
Tagged With: Fable 3, LionHead Studios, Microsoft, pc