Lead designer Tom Wimbush outlines the benefits of developing on Xbox One X. 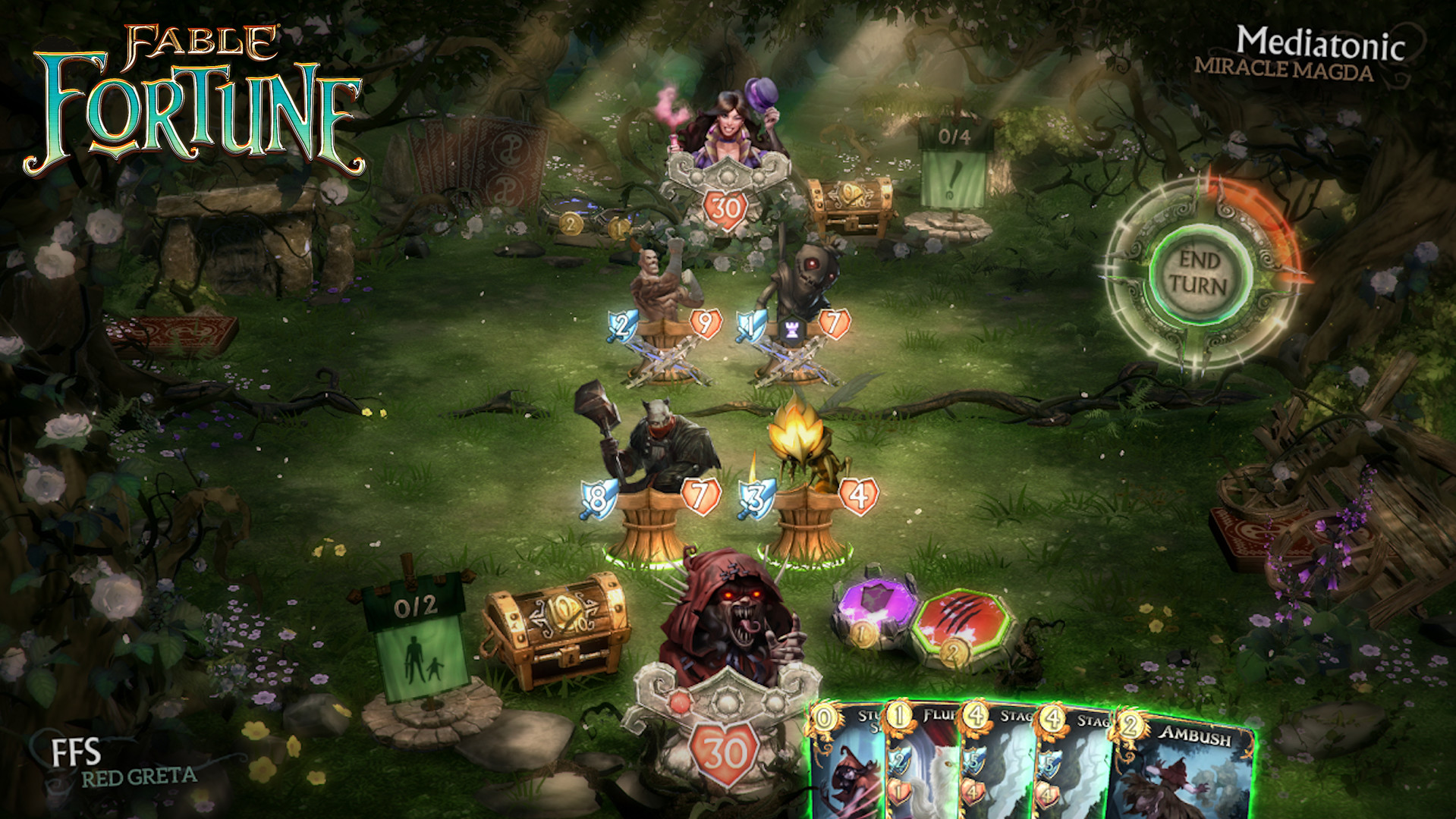 Of the many games that will be taking advantage of Microsoft’s upcoming Xbox One X is Fable Fortune from Mediatonic and Flaming Fowl Studios. The Early Access/Game Preview collectible card game launched recently and has been fairly well received for its mechanics and gameplay on PC and Xbox One. Xbox One X users will have a lot more to look forward to, thankfully.

Speaking to lead design Tom Wimbush, we asked about the nature of Xbox One X support and whether native 4k/60 FPS was on the table. Wimbush responded that, “That’s definitely what we’ll be shooting for. This work is pretty early in the planning stages, but we’ve done some initial testing and will be digging deeper once the dust settles on our Early Access/Game Preview launch to see what we can do there.”

You wouldn’t think that not to be the case, especially since Fable Fortune isn’t the most graphically demanding game on the market. However, the Xbox One X is beneficial from a development standpoint especially with regards to the high end GPU (with 6TFLOPS) compared to the Xbox One.

“Ultimately, the added oomph of the GPU included with the Xbox One X will be pivotal in providing a smooth 4K experience. The greatly increased number of pixels in an Ultra HD display means that a lot more lighting and effects calculations need to be performed before presenting the final image to the player. The fact that the new GPU is nearly 4 times as fast makes this a possibility,” said Wimbush.

You can check out our Early Access impressions of Fable Fortune for PC here. The Xbox One X, meanwhile, will release on November 7th worldwide.