Molyneux has great hair, we want to know what shampoo he uses.

With that aside, let’s move on to the news, which is insignificant when compared to the secret of Molyneux’s great hair.

Fable III, Microsoft’s choice based Role Playing games, which will be releasing this October for the Xbox 360, will be move ‘further towards action,’ confirms developer Lionhead.

In an interview with ComputerAndVideoGames, senior design director, Josh Atkins said the developers have added new “innovative” tweaks to the Fable RPG formula to give the players an “all new experience.”

“As a franchise Fable has always been an action RPG and while we may have moved further toward Action in Fable III we still have kept some of the core fun found in an RPG,” Atkins said.

“For example the character levelling and open world aspects seen in an RPG is still in Fable III which provides a nice balanced experience for players. Character progression and levelling is a fun aspect of the game and it wasn’t something we would completely remove but it is an area of the game we wanted to innovate in order to give players a new experience and a new way to think about Fable. 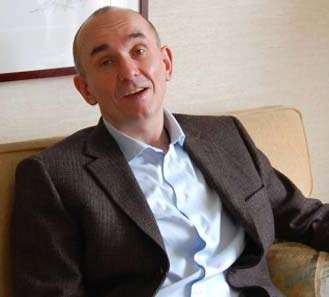 “As we continue to evolve our industry I do think strict genre guidelines will continue to blur further. You see RPG mechanics in a racing game like Forza, while Fable III has more traditional action game elements blended with strong character progression and customization mechanics.”

We’ll keep you posted as more news comes our way.