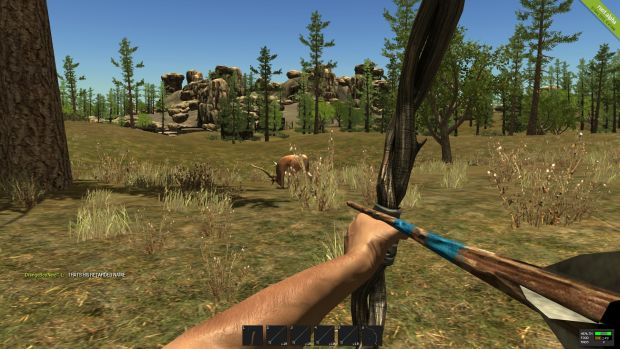 Facepunch Studios has a bit of a controversy on its hands. The developer, which has been busy with online sandbox survival title Rust, revealed that it was developing a new game – namely the twin stick arcade shooter Riftlight. Needless to say, many fans didn’t take too kindly to the fact that Facepunch was working on a new game while Rust is still in alpha

Studio head and Garry’s Mod creator stepped in though and asked the Internet to collectively calm down.

“Are we crazy? Are we doing it wrong? Should every person in the company be working on the same thing? Should HBO make one TV show at a time? Should Warner Brothers make one movie at a time?

“Our strategy at the moment is to hire talented people to make the games they want to play. We’re not asking you to fund this. We’re not starting a kickstarter and begging you for money – we’re funding it.

“We are spending money Rust and Garry’s Mod make to do this. Arguing that we should be re-investing that money back into only those games is like telling apple they can’t spend the money they made from iPhone and Macs to fund the development of the iPad. Keep in mind that we spent money Garry’s Mod made to develop Rust – and that turned out pretty good, right? Or should Helk and Pat have been working on Garry’s Mod all that time?

“I think a good company develops continually, and the more things we’re working on the better. I think this strategy is working out for us so far. I guess this is one of the issues we’re going to face with open development. I am guessing that a lot of game developers bigger and smaller than us have multiple prototypes in the works, but they aren’t showing them to you. The only thing that makes our situation remarkable is that we’re willing to talk about our process and show our experiments.”

Thoughts? Let us – and Garry – know in the comments.