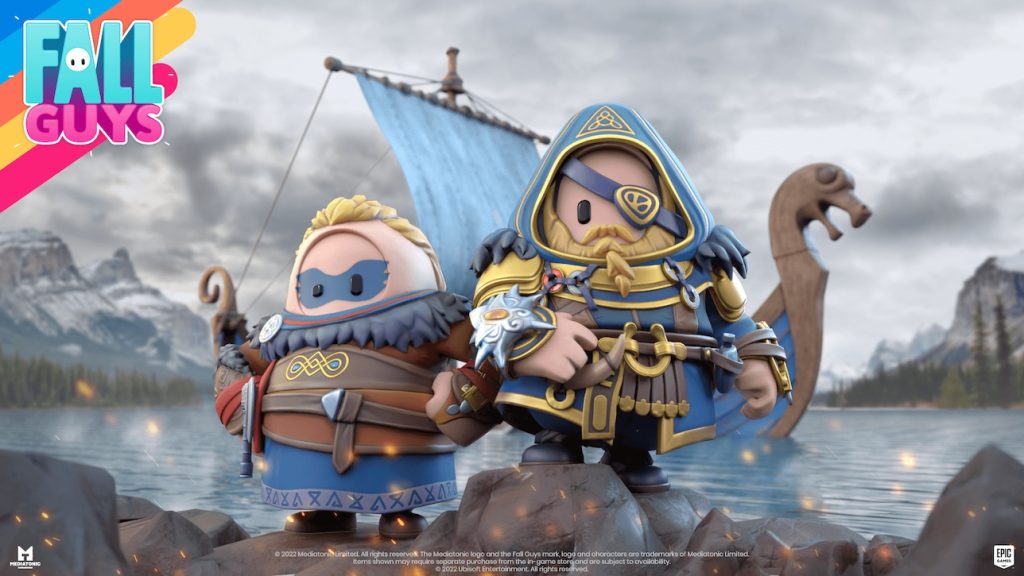 Fall Guys has become something of a hub for crossovers and has added cosmetics from some of gaming’s biggest franchises over the last couple of years. There’s a lot about the game that’s changed in recent weeks, but that very much continues. The next game to get representation in Mediatonic’s battle royale title is Assassin’s Creed Valhalla.

In addition to that, two new costumes – Eivor the Wolf-Kissed Costume and Odin the All-Father Costume – are available for 1,200 Show-Bucks each. If you get them together in a bundle, it’ll cost 2,000 Show-Bucks, and you’ll also get additional goodies, like a nameplate.

Finally, the event also brings back the fan-favourite game Sweet Thieves, which sees a team of Thieves trying to steal precious candy while a team of Guardians tries to guard it. Check out the trailer for the Abstergo’s Challenge below.