Fallout 4: Bethesda Explains Why Fallout 3 Is Not Coming To PS4, New Details On Settlement And More

Hines rightfully laid the inclusion of Fallout 3 on the Xbox One at the feet of Microsoft. 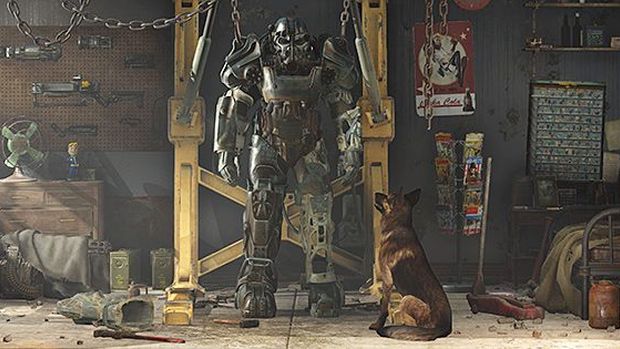 It is a fact of life with the video game world, and Fallout 4 fanbase especially that there are going to be some things the fans want that just aren’t possible. Such is the case with a company mass producing a product found in the game like Nuka Cola. Such is also the case, though more realistic that fans have been asking Bethesda’s Pete Hines why the company isn’t offering Fallout 3 on the PS4 the way they are for the Xbox One.

The obvious answer as to why Fallout 3 isn’t coming to the PS4 is because the console doesn’t support backwards support, Hines laid this out clearly to one particular fan who was asking him for a “show of support” on Twitter. Hines responded “by doing what? How are you different than a PC gamer for that matter? MS wanted to do this for Xbox one, so we said ok.” It should be pointed out that Bethesda isn’t remastering Fallout 3 for the Xbox One. The company is simply allowing the Xbox 360 version to be compatible with the current generation console and most of that work is done by Microsoft.

As for other little tidbits Hines was willing to share on the social media site, he was asked whether people could romance Codsworth and he reiterated that only human companions could become romantic entanglements. Hines also shed light on whether or not you could carry the PowerSuit armor. Hines responded, “you put it on/off by stepping in and out of it. The garage key art is a not-so-subtle hint as well.”

Finally Hines cleared up the fact that there are specific locations in the game where you can build settlements. You cannot build these wily nily whereever you feel like it. Instead you’ll need to find a spot that has been laid out to start construction. You’ll get to see all this live and in person when Fallout 4 launches on November 10, 2015.

@b_delany @Biggypie by doing what? How are you different than a PC gamer for that matter? MS wanted to do this for Xbox one, so we said ok.

@DovahStud you put it on/off by stepping in and out of it. The garage key art is a not-so-subtle hint as well

@MitoGaterau specific locations around the Wasteland