Fallout 4: Don’t Expect Any Information For A Long Time

It’s a given that Bethesda Softworks is working on a next-generation RPG. Regardless of whether it is said next-gen RPG or not, we know the studio is working on Fallout 4 as evidenced by leaked casting call sheets. But whatever the studio may be working on, Bethesda isn’t going to be discussing it any time soon.

Responding to a fan query on Twitter, VP of PR and Marketing Pete Hines says it will be a while before any official talk comes out about on-going projects. 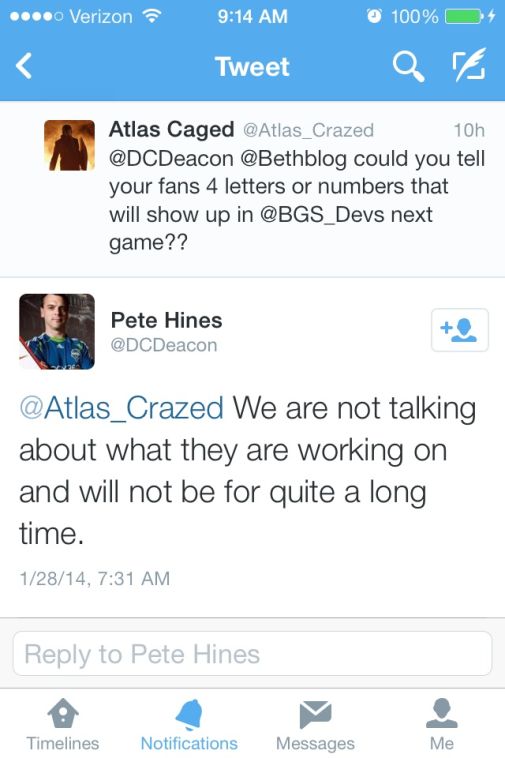 We can’t say we blame Hines. After all, a lot of work goes into games like Fallout and The Elder Scrolls and giving away too much right now simply takes away from the surprise. On top of that, there must still be a ton of work remaining. Hyping up fans now when a release is due in 2016 just doesn’t seem smart.

Do you want some confirmation about Fallout 4 from Bethesda though? Let us know in the comments.