Welcome back to the apocalypse.

TheSurvivor2299 might have been a hoax, leading gamers on till the very end when Bethesda itself had to intervene, but according to casting call documents obtained by Kotaku, Fallout 4 is very much real.

The documents indicate different settings and locations known within the Fallout universe and appears to be set in Boston, although the project itself is code-named “Institute” and actively avoids using the Fallout name wherever possible. Nonetheless, they seem to be legit. Check them out for yourself below. 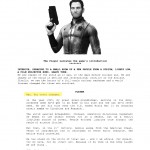 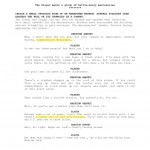 The casting director for this has also been confirmed to have worked on Dishonored and The Elder Scrolls V: Skyrim. So he’s very much associated with Bethesda and their workings.

After all the rumours, including a supposed closed door demonstration at E3 2013, this emerges as the first real evidence of Fallout 4’s existence. What are your thoughts on the same and how do you feel about the game being set in Boston? Let us know in the comments below.