Wolfenstein is hiding a clever secret. 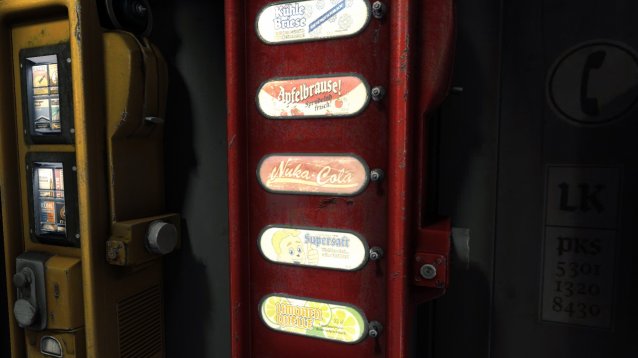 As E3 draws ever closer and Bethesda prepare to take to the stage for their highly anticipated press conference, players the world over are doing their best to seek out any information regarding the possibility of Fallout 4 being announced. It turns out that a possible teaser has been right under our noses since Wolfenstein: The Old Blood launched.

Decorating the face plate of  a machine, fans of the Fallout series would be hard pressed to miss the iconic swirling writing that spells out the name of that slightly radioactive brand that we love so much, Nuka Cola. While this isn’t exactly anything groundbreaking, it does mean that Fallout is still something that Bethesda, and their parent company Zenimax, care about.

And so they should, we all know that the game would more or less be a license to print money, especially if it’s mod friendly. Fingers crossed everyone. Bethesda will have their first ever E3 press conference this June where a number of announcements are expected.