A Battle Pass-esque progression system is coming this Summer.

Fallout 76 has seen a resurgence of sorts thanks to the release of Wastelanders. The game is free to play this weekend but those in it for the long haul, Bethesda has outlined its content roadmap for 2020. It kicks off with the launch of Seasons in Summer which brings a new progression system to unlock cosmetics, Atoms, Legendary Scrip and more.

Instead of challenges for Atoms, players will earn S.C.O.R.E. points for unlocking rewards. When it launches, players will see their progression during Season 1 outlined as a Captain Cosmo-esque board game. Earning S.C.O.R.E. will help one to move forward a certain number of places. As players rank up, they’ll earn new rewards with milestones at certain ranks.

Of course, like other Battle Pass-style systems, you can pay 150 Atoms to rank up. These will go live two weeks after the season has launched. Seasons are planned to last for 10 weeks with a two week break between seasons.

But wait, there’s more. In Fall, combat is being rebalanced and rewards scaling to one’s level in Daily Ops. There will also be a new questline called Steel Dawn and a new event called Bombs Drop. Winter is perhaps the most significant new content drop since it sees the Brotherhood of Steel returning to Appalachia, continuing the story of Steel Dawn and bringing new NPCs and companions.

Players can also look forward to Perk Loadouts, Expeditions (which are repeatable missions) and C.A.M.P. Shelters for increased instanced interiors. Stay tuned for more details on Seasons in the coming months, especially with Bethesda stating how they’re subject to feedback. 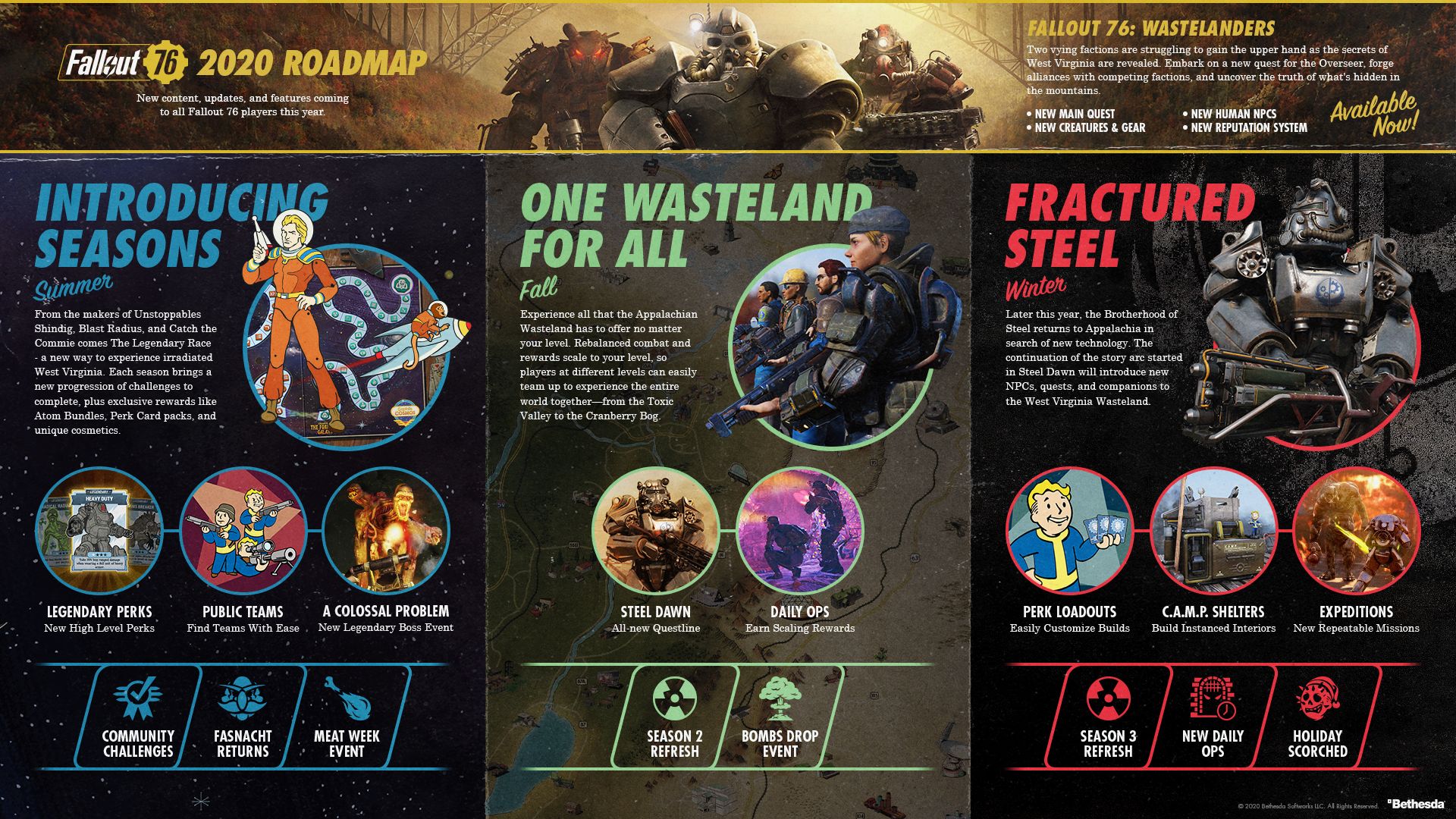