Fallout 76 Wiki – Everything You Need To Know About The Game

Everything you need to know about Fallout 76.

Fallout 76 is a first person role playing shooter developed by Bethesda Game Studios. It is the ninth mainline instalment in the Fallout series, but unlike its predecessors, it places a great focus on online and multiplayer gameplay, featuring persistent and shared-world mechanics similar to games like Destiny and The Division.

Unlike most typical games made by Bethesda Game Studios, Fallout 76 is a narrative-focused single player title, and instead focuses on shared-world co-operative aspects. Bethesda Game Studios modified the Creation Engine, the engine that they make all their games on, for this purpose, retooling it for multiplayer gameplay. The studio has also made attempts to improve the visual aspects of the game, while removing technical and performance issues that have been present in earlier titles. With the implementation of new lighting models, rendering process, and more accurate terrain mapping, Fallout 76 will allegedly have sixteen times more detail than previous games made using the Creation Engine.

The game also makes use of a dynamic weather system, while while the inclusion of much greater draw distances means these weather patterns can be viewed from across a large distance in the game world. Fallout 76 will be launching with dedicated public multiplayer servers only, but Bethesda have stated that it will receive private servers as well. However, the developers have stated that the game will “never” be an offline-only game. Currently, there are no plans for featuring cross-platform play support across all three versions of the game, but the developers haven’t ruled it out. Bethesda have also stated that they plan on supporting the game with new content and updates “forever”. The game won’t have mod support at launch, but it will be added later.

The developers have stated that they were initially hesitant of making a multiplayer focused game, since it was so different from what they usually do, but decided to make it anyway. They felt it was an exciting idea that they wanted to work on. However, Bethesda Game Studios has also stated that the online nature of Fallout 76 does not spell what all future games made by them will be like, and that they will still continue to make single player open world RPGs.

Fallout 76 is the first game in the series; chronology, taking place twenty-five years after the end of the nuclear war that destroys the planet’s landscape and serves as the backdrop and narrative setup for the entire series. It takes place roughly two hundred years prior to modern Fallout titles (Fallout 3, New Vegas, and Fallout 4). The game will take place in West Virginia, with an open world map called Appalachia that is four times as large as Fallout 4’s map. It will focus on Vault-Tech’s Vault 76, which is one of the first Vaults to be open throughout the country. Players will take on the role of Vault 76 residents, as the Vault opens on Reclamation Day over two decades after the nuclear explosions, with plans to recolonize the nuclear wasteland and rebuild society.

Though Fallout 76 will be a multiplayer focused title, Bethesda have stated it will still feature a long, multi-part narrative. As players leave Vault 76, they are contacted by a character named Overseer, a woman who left the Vaults before anyone else, and left secret instructions that form the crux of the main narrative.

Fallout 76 places a focus on players playing together in groups of four. Though the game can be played solo if players wish, it still has to be always online. Fallout 76 will have several unique PvP mechanics to prevent things like griefing. PvP will only be activated after players hit Level 5, after which point it will still be optional. Players can mark themselves as a pacifist, or can even block other players so the two can’t see each other on the map. If players see another player and hit them, the game doesn’t register a lot of damage, and only if the other player hits back, it is seen as an acceptance of PvP invitation.

The other player can choose to ignore and not hit back. If that player is still attacked and killed, the aggressor gets no rewards or XP from that kill, while the game also places a bounty on their head, marking them as a red star on the map visible to all other players in the server. Players with bounties on their heads yield higher rewards. Players can also choose to get revenge on the player that killed them, and doing so doubles the rewards. After dying, players can respawn at the closest spawn point or at Vault 76 for free. Spawning at some distant point is also an option, but costs caps (the in-game currency). The greater the distance to the respawn point from where the player died last, the higher the cost in caps.

Dying also doesn’t involve harsh penalties. Players lose junk items, which can be used for crafting mechanics or upgrading gear, but valuable items are not lost. Players can also go back to where they died to retrieve the items they did lose, assuming that no other player has done so. Items can also be stored in stashes, and these are not accessible by any other player. The camp building mechanic from Fallout 4 also returns, and is expanded. Players can attack other players’ settlements, while settlements are also portable, and can be moved to any other place in the map easily. When a player goes offline, their settlement will also go offline with them.

Fallout 76’s map will also have several nuclear silos placed in numerous locations. Players can access these silos to launch nuclear missiles at any point on the map. As a result, the attacked areas become irradiated, attracting stronger enemies and mutated creatures (several new mutated creatures will also be featured in the game). If players are at a high enough level and are strong enough, they can enter these irradiated areas, and can explore to find rare and more powerful weapons, gear, and items. Fallout’s VATS system will also be returning in Fallout 76. However, unlike previous games, this will not pause the action, and will instead take place in real time. 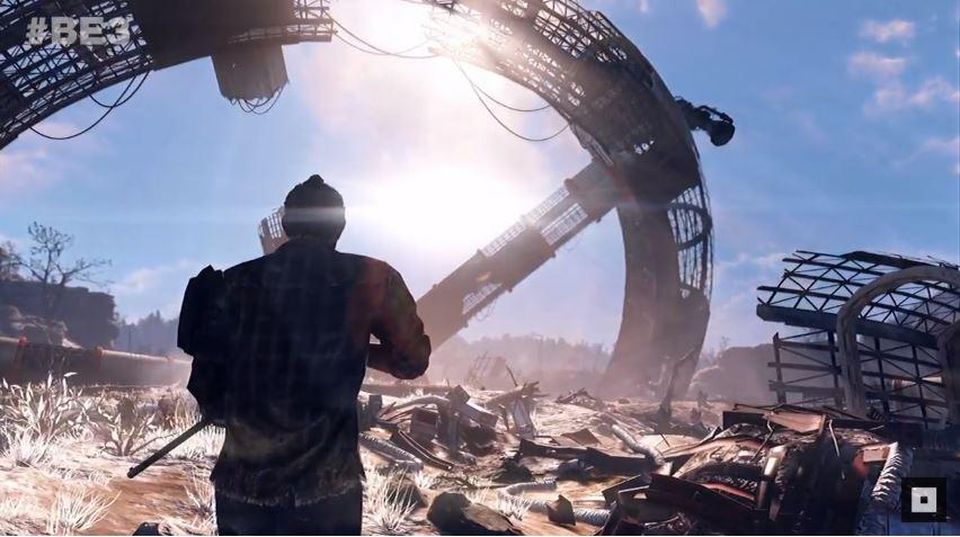 Fallout 76 does not feature human NPCs, with the aim being that the players themselves will take on the role of all human NPCs, from traders and vendors to known Fallout factions such as the Minutemen. There will, however, be robot NPCs in the game that will give players new quests. Additionally, Fallout 76 will do the bulk of its storytelling through holotapes and terminals scattered throughout the game world, in the absence of NPCs.

Fallout 76 will also see the return of the S.P.E.C.I.A.L. system, but it will be modified. Upon levelling up, players will get SPECIAL skills, accompanied by perk card packs, which players will be able to upgrade their character with. These perks cards will not be randomized, and players can decide which cards they want to pick. However, every few levels (two at first, five as players progress), players will receive random perk cards, in order to potentially make players use perks that they would not ordinarily use. Upon hitting level 50, players will no longer get SPECIAL skills, but will continue to get perk cads, so that they can still swap these around and continue to unlock new perks.