Ubisoft hasn’t confirmed what it will conclude though. 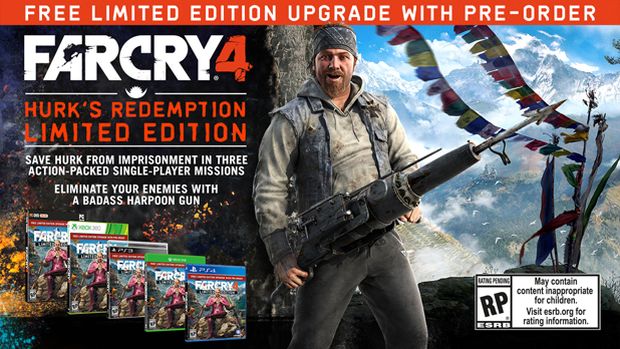 It shouldn’t come as a surprise seeing as how Ubisoft has a Season Pass for every single one of its major releases and according to GameStop, it appears that Far Cry 4 will be included. Listings were spotted on the retail site for the Season Pass on Xbox One, PS4, PS3, Xbox 360 and PC. The Season Pass will retail for $30 and since Ubisoft hasn’t officially announced the same, we don’t know what it will include yet.

Far Cry 4 takes place in the fictional Kyrat region of the Himalayas where you’ll play as Ajay Ghale, going up against a despotic king locked in a civil war. Official gameplay details will be showcased at E3 but we know there will be elephant riding involved along with open world mechanics, new animals to hunt and new weapons to murder with (including the pre-order weapon pictured above).

Far Cry 4 will release on November 18th in North America and November 20th in Europe.