Far Cry 5 And Wolfenstein 2: The New Colossus Will Use A New Technology, The FP16 Rapid Packed Math 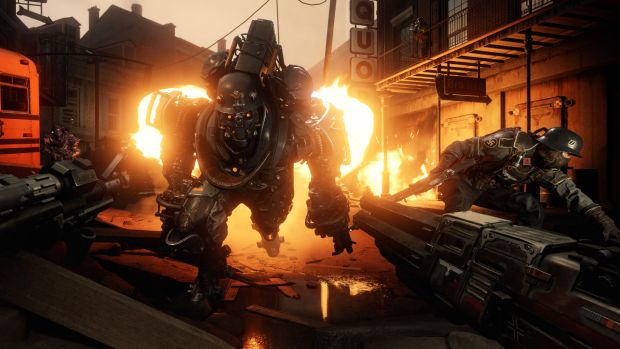 Based on all the footage that we’ve seen of the games so far – and we’ve actually seen plenty – Far Cry 5 and Wolfenstein II: The New Colossus look great. And by that we don’t just mean they look like they are going to be excellent games, like their predecessors were. We also mean that visually they look top notch. And it looks like there’s good reason for that. It has now been officially announced that the games will support the new technology known as Rapid Packed Math.

Wolfenstein II: The New Colossus on the PC will support DirectX 12/Vulkan, Async Compute, and Shader Intrinsics, as many might have predicted or known already, but it’s also been announced that along with Far Cry 5 it will support Rapid Packed Math as well, making them one of the first PC games to do so. As it stands right now, Rapid Packed Math is only supported on AMD’s Vega GPU architecture on PC, and the feature is also available on PS4 Pro models.

For those of you who are wondering, Rapid Packed Math will allow games to render certain graphical components using F16 compute rather than the standard F32 compute, which will free up more resources for other tasks, while also completing graphical rendering twice as fast.

Wolfenstein II: The New Colossus launches later this year for the PS4, Xbox One and PC. Stay tuned to GamingBolt for continued coverage on the game.