Customize your own missions using assets from previous Ubisoft titles in Arcade. 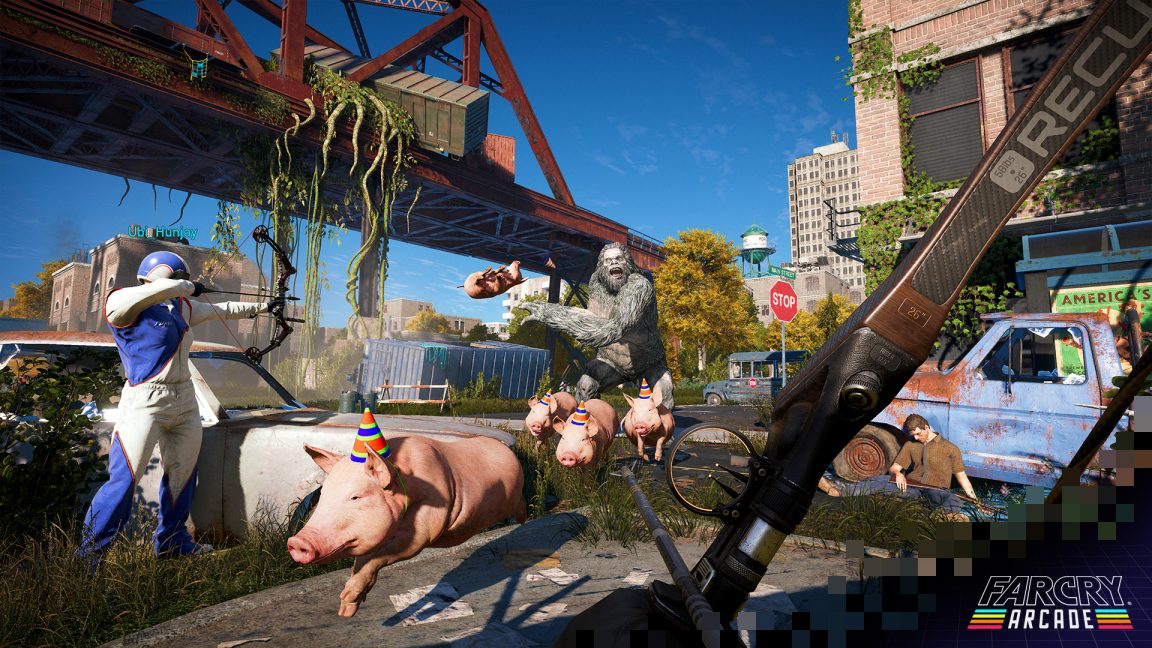 Following in the footsteps of titles like Ghost Recon Wildlands and Assassin’s Creed Origins, Ubisoft has quite a lot of post-launch content planned for Far Cry 5. In a new video, the developer outlines the three paid DLC packs coming in the Season Pass. It also introduces Live Events and Arcade Mode, which will both be free for all players.

Live Events are essentially limited-time challenges that can be completed for weapon and vehicle skins. You’ll be able to access everything so it doesn’t seem like they’ll be gated behind loot boxes (at this point anyway). Arcade Mode looks way more interesting – it’s essentially a map editor that includes assets from Assassin’s Creed 4: Black Flag, Far Cry Primal and Watch Dogs 2.

Using these and control over various modifiers, animations, physics and whatnot, players can design their own challenges and missions. Along with player-created missions that can be shared online, Ubisoft will also be contributing a few missions as well.