Protagonist Dani Rojas will be befriending several animals all across Yara throughout the game, including one deranged rooster. 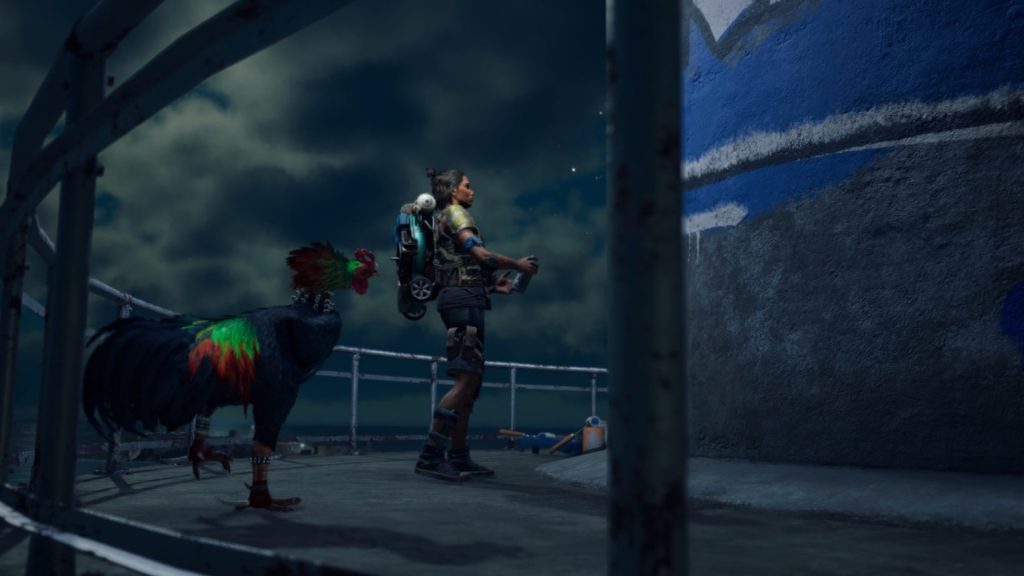 They won’t be called Fangs for Hire in the game, but Far Cry 6 will continue the series’ recent tradition of making animal companions an important part of the experience. From an alligator to an adorable wiener dog, several of these have already been revealed- including a murderous rampaging rooster named Chicharron, who gets more new details in a commercial dedicated to him. Check it out below.

The CG trailer tells the story of Chicharron, who is forced to fight in brutal rings against other animals and emerges victorious thanks to his tenacity and sheer brutality- and then promptly runs off and avoids getting caught again. In Far Cry 6, Chicharron will aid protagonist Dani Rojas in their quest to free Yara of Anton Castillo’s tyrannical rule, and the trailer below gives a taste of what sort of chaos the rooster can unleash, with some brief gameplay clips also shown off at the end.

Along with Ribbons having three tiers with greater XP rewards, players can level up beyond 99 and unlock sever...