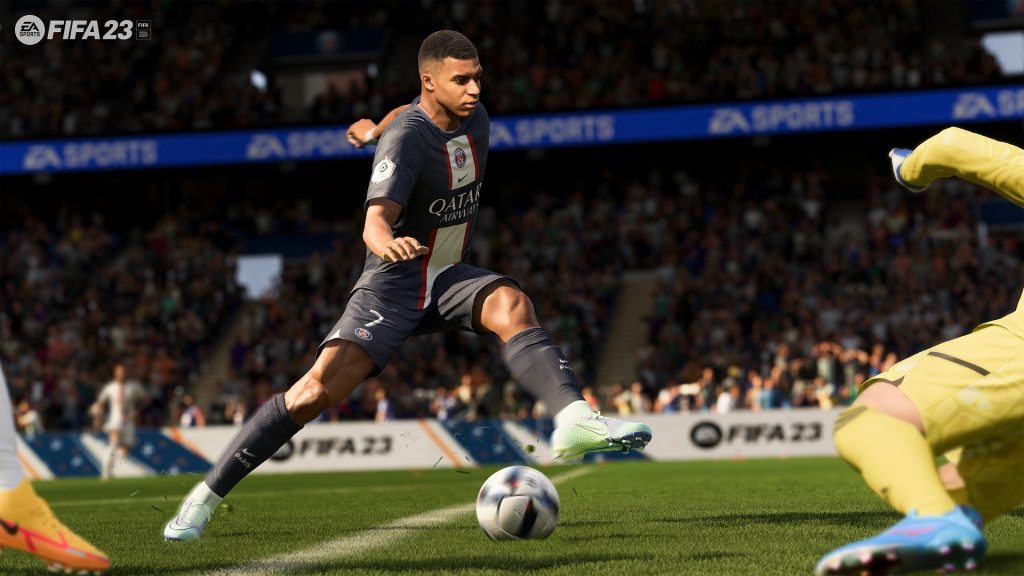 The Gfk has released the latest weekly data for physical software sales in the UK (via GamesIndustry), and thanks to Black Friday discounts and sales, a number of titles have seen significant sales boosts, with the top 10 seeing plenty of changes. FIFA 23 has climbed back into the top spot with a 95% jump over last week, while Call of Duty: Modern Warfare 2 climbs into second place.

Pokemon Scarlet and Violet, which grabbed the top 2 spots last week with the series’ biggest ever UK debut, have dropped down to No. 3 and No. 6 respectively, while fellow November launch God of War Ragnarok drops down to fifth place.

A number of other titles in the top 10 also saw week-on-week increases in sales thanks to Black Friday, with Sonic Frontiers (No. 7) seeing a 203% increase, Nintendo Switch Sports (No. 8) seeing a 138% increase, and Animal Crossing: New Horizons (No. 10) seeing an 85% increase. The Legend of Zelda: Breath of the Wild narrowly missed out on the top 10, rising to eleventh place thanks to a 426% boos in sales.

Just Dance 2023 also debuted in the top 10, coming in at No. 9 with 173% higher launch sales than last year’s instalment. 83% of the game’s sales came on the Nintendo Switch.

You can check out the full top 10 for the week ending November 26 below.