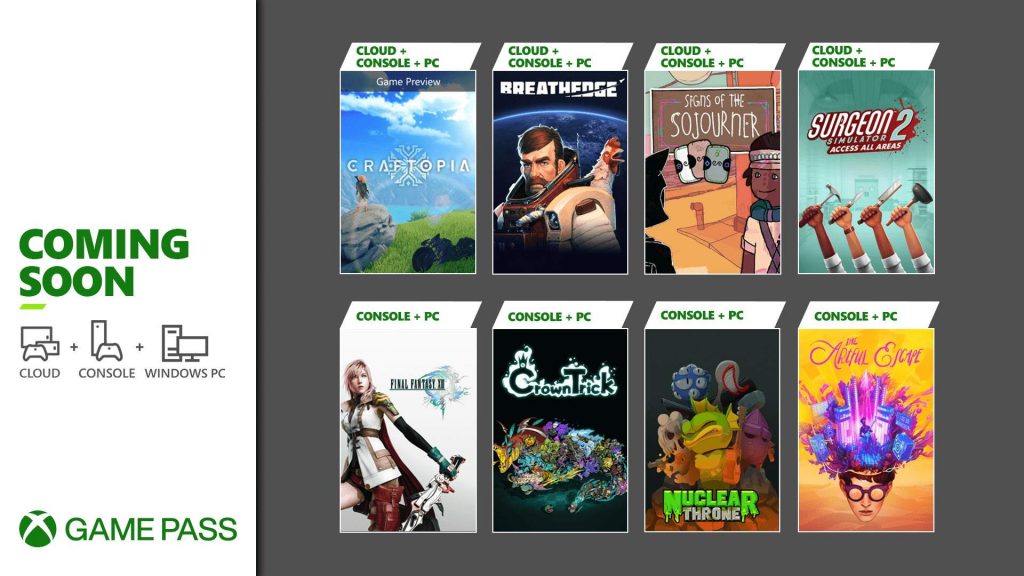 Microsoft has announced the first wave of titles coming to Xbox Game Pass in September, starting with Craftopia, Signs of the Sojourner and Surgeon Simulator 2 tomorrow on cloud, consoles and PC. Final Fantasy 13 will also be going alive, allowing players on console and PC to experience the first chapter in Lightning’s adventure, along with turn-based rogue-lite Crown Trick.

Next week sees the release of survival title Breathedge on September 9th for all Game Pass platforms along with Nuclear Throne. Beethoven & Dinosaur’s trippy platforming adventure The Artful Escape is also launching on the same day for console and PC subscribers. Though it seems like slim pickings for now, more titles will be announced over the course of the month.

Games that will be leaving the service include Red Dead Online for cloud and consoles on September 13th. On September 15th, the following titles will also be gone so play them now while you still have the chance.