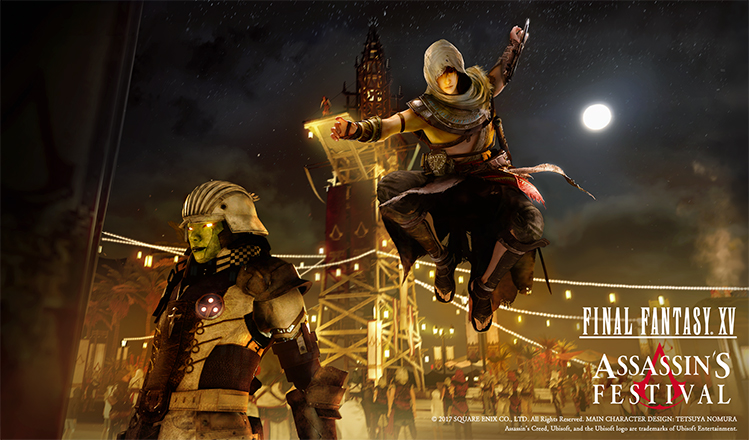 Square Enix’s Final Fantasy 15 will receive some free DLC on August 30th and it’s the oddest crossover we’ve seen till now as Assassin’s Creed enters the world of Noctis and friends. Check out the trailer for the Assassin’s Festival below.

For those who collected the Dream Egg in the Moogle Chocobo Festival, there’s a new costume for Noctis that’s unlocked right off the bat. On August 30th, Lestalium will be adorned with Assassin’s Creed: Origins outfits and features. Perhaps more interesting is the new story content which sees Noctis and friends embarking on a new quest. If that weren’t enough, Noctis will also be able to climb up buildings like a real Assassin. It’s weird and we’re not sure what to think.

Final Fantasy 15 has a bunch of other content to look forward to in the coming months with Episode Ignis, which focuses on Ignis in his own adventure, and the Comrades DLC which adds co-op multiplayer to the game. There’s also Final Fantasy 15 Windows Edition heading to PC in early 2018. 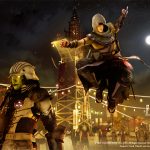 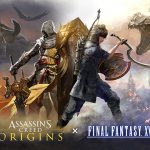