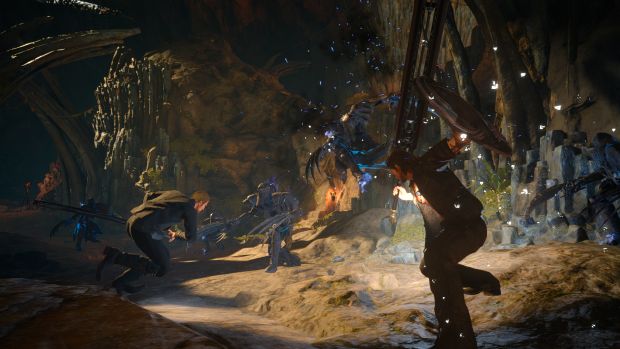 The first paid DLC for Final Fantasy 15 is now live with Episode Gladiolus on PS4 and Xbox One. This follows the most recent free update which offers an alternative route through Chapter 13 with, hilariously enough, Gladiolus.

As for Episode Gladiolus, it’s available for $4.99 and allows for a more combat-heavy style with Gladio. You’ll be defending and counter-attacking but Gladio hits back harder with the more punishment taken.

The overall story, lasting some 2 to 3 hours, sees Gladiolus losing against high commander Ravus and teaming with Cor to build up his strength, eventually challenging the Gilgamesh, the Blademaster.

Along with telling a new story from Gladio’s perspective and featuring a new combat system, players will have a chance to explore new parts of Eos. There are also special items that can be used in the main game but only available to those who finish Episode Gladiolus. If that weren’t enough, you have Score Attack and Final Trial as new game modes.