And thankfully, we won’t have to wait another 8 years for the full game to release. 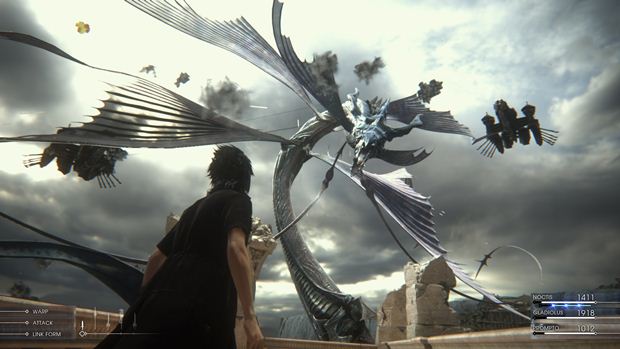 Since it’s been acknowledged that Final Fantasy 15’s director is Hajime Tabata, the man also responsible for bringing out Final Fantasy Type-0 HD to the Xbox One and PS4, there have been more updates on the overall content. Speaking to GameSpot, Tabata stated that there’s been a fair amount of progress since he joined the project and that fans won’t have to wait too much longer for the full release.

“It’s about 55 percent complete, but the quality of the demo itself, compared to the final product, is about 80 percent.” As for whether we’ll have to wait another eight years, Tabata said, “definitely not. I’m afraid we can’t say how long it’s going to take from here. But, since the transition to XV, we’ve gotten this far in two years.

“The game was first established as Final Fantasy Versus XIII for the PlayStation 3 and Xbox 360 platforms, and we transitioned to Final Fantasy XV for next-gen consoles. That transition was made about two years ago, and I was put in charge of that project. Since then, we’ve re-evaluated the development team, the development structure, and the process.”

Tabata also revealed that the key purpose for putting out a demo was “because there are fans that have been waiting for eight years, and because it’s in a playable state, we want to bring it to the fans as quickly as possible. If you play through the story campaign, it should be about an hour of gameplay. But, that being said, there’s also the world map and there are different monsters that appear, as well as dungeons. So it should allow for 3-4 hours of gameplay.”

The Final Fantasy 15 demo will be offered as a download voucher with Final Fantasy Type-0 HD when it releases in March 2015 for North America and Europe.