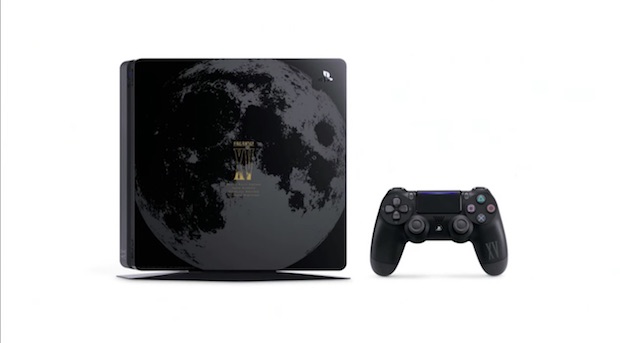 One of the first major announcements that Sony have made at their pre Tokyo Game Show keynote today is a brand new PlayStation 4 Slim model, themed after the upcoming Final Fantasy 15 from Square Enix. Unlike the Persona 5 PS4 Slim, which is just a standard PS4 Slim, with the game bundled in the package, the Final Fantasy 15 PS4 is modeled after the game.

The new console will be launching on November 29, alongside the game, and it will come with a copy of the game, as well as of Kingsglaive: Final Fantasy 15, the movie based on the game that sets up the events in its story, included. It will cost ¥40,000, which means it will actually be more expensive than the other PS4 Slim models available on the market.

Let’s hope Square Enix and Sony also bring this bundle and special edition console over to the west! I can think of plenty of Final Fantasy fans who would love to get their hands on it.