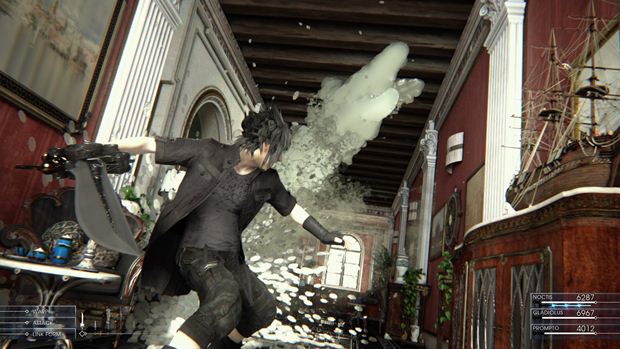 The Game Director of the upcoming Final Fantasy XV, Hajime Tabata, recently took part in a live stream from Jump Festa in which he took the time to answer some questions that were put to him by fans. He then gave an outpouring of information that you may find intriguing.

The massive Golem that was shown in the trailer that you can see below is a TITAN. It was set to appear in the Episode Duscae Demo but was removed given it’s importance in the story. We were then told that players will have access to a powerful Summon in the Demo and that the Demo would be shipping with both the Japanese and English languages, but the final retail build might not, though Tabata would like to include the languages if possible.

The demo will feature a seamless world that won’t use loading screens to transition from towns, though the final retail build may not include this feature. Sleeping and shopping at Hotels and Inn’s in Town is returning, much to the pleasure of retro fans. If you don’t rest, you will lose buffs, suffer penalties and might not be able to level up.

Travelling isn’t only done by foot, you can board trains that will transport you in real time, you can even explore the inside of the train as it goes. Frankly, there’s a lot more content than any of us was ever expecting in the demo.