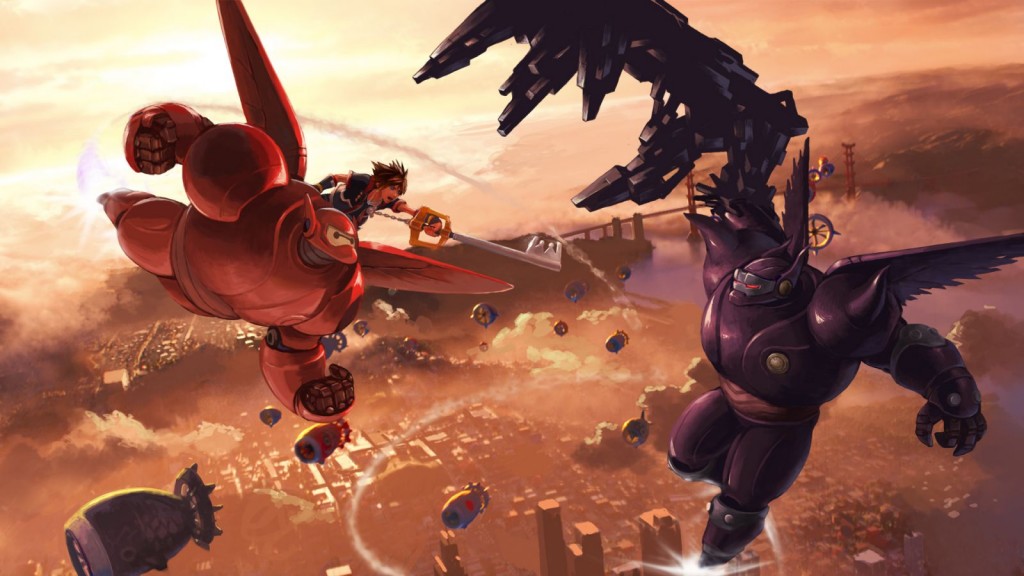 Much to everyone’s (pleasant) surprise, Big Hero 6 was confirmed for the long awaited Kingdom Hearts III recently; today, we finally get to have a glimpse of what this will look like in the final game, thanks to a piece of gorgeous HD concept art that was just released. You can check it out for yourself here.

Moving on to the other big Square Enix game, Final Fantasy 15 may be over a year off, but that has not stopped fans from speculating on the game’s story, fueled in no small part by all the new story trailers and hints and teasers that the developers keep dropping. Some tantalizing new hints that the new trailers have had include the dog, the little girl, and the encounter between Noctis and his father. According to Hajime Tabata, the game’s director, the dog is an important conveyor of message, the girl is the hero of the story 15 years before it actually begins, and the hug is meant to symbolize Noctis’ destiny. You can find more details in the video below.