Ever wonder what Noctis would look like in FF7 graphics? 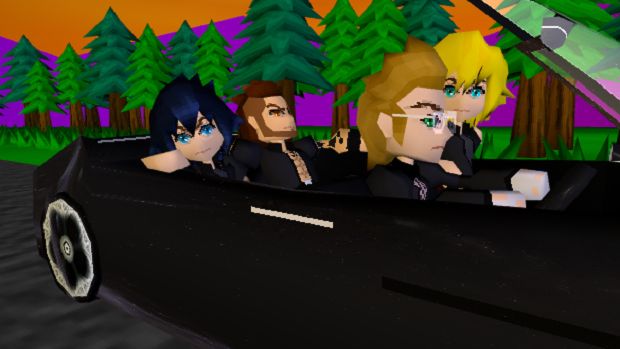 This is one of those stories that reminds me of how awesome the gaming community can be. Rather than wasting time mastering the flight mechanics of Grand Theft Auto like some people, a freelance animator by the name of Mark Jenkins has decided to buck the trend of bringing old games into the modern era and has instead devolved Final Fantasy XV and re-imagined the game as a PlayStation One classic.

Perhaps the funniest thing about this whole idea is that the game actually does look like a PlayStation One title. Seeing Noctis and pals cruising down the road in their nice low poly car genuinely looks like something that would be used as a promotional shot for a Final Fantasy game back in the day. And I love it.

With any amount of luck, this project will help Mark find a job and pay of his student loans, so if you know anyone in need of an animator, reach out to him here!