Square Enix's next entry in the Final Fantasy series keeps looking better and better. Here's everything new that you need to know.

Final Fantasy 16 had a pretty good showing during this month’s PlayStation State of Play with new gameplay and a Summer 2023 release window. Development-wise, it was confirmed to be almost finished back in May so it’s very much on track.

However, thanks to various publications interviewing producer Naoki Yoshida, a whole wealth of new information is available about Eikon battles, party members, combat, and much more. A new trailer is set to debut this Fall, focusing on the story and world while even more details on Eikon battles, companions and combat are also coming later. However, let’s take a look at 10 new things you should know about the game right now.

Final Fantasy 15 took the open-world approach, which some fans appreciated and others didn’t. But Final Fantasy 16 isn’t going down the same road. In an interview with IGN, producer Naoki Yoshida says that to deliver a story that feels like “it spans an entire globe and beyond,” the team avoided an “open-world design that limits us to a single open-world space.”

Instead, it’s going for an “independent area-based game design” to convey the feeling of a “truly ‘global’ scale.” That being said, Yoshida did say that the game takes inspiration “from recent triple-A open-world RPGs.” Which ones in particular? We’ll have to wait and find out but you can probably still expect collectibles, side quests and other tenets of the genre. Just in wider play spaces instead of one giant persistent world. 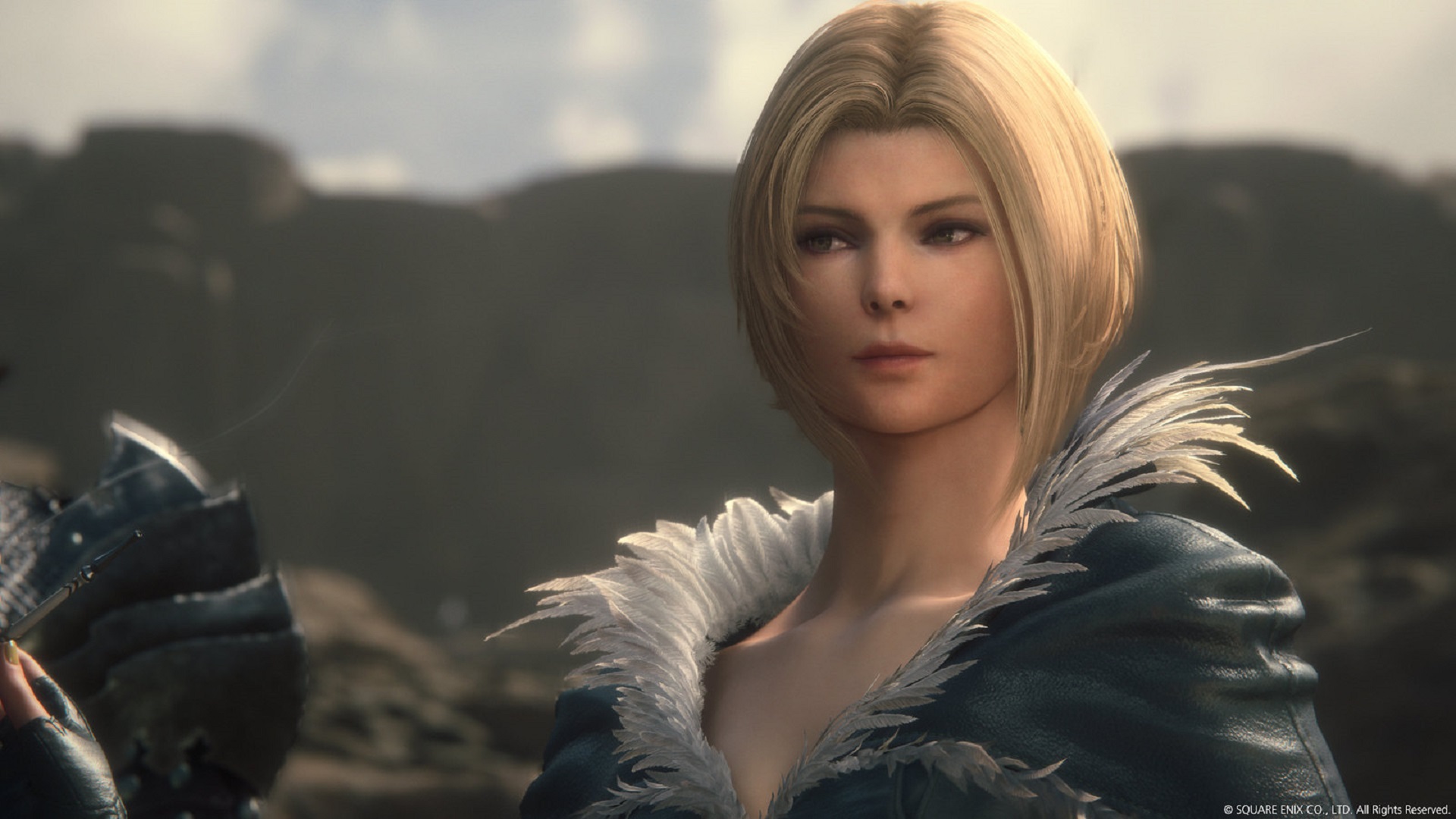 For those lamenting about no traditional party system, Yoshida confirmed to IGN that different party members will join Clive on his journey. They’re entirely AI-controlled and Clive will see “one or more companions” with him throughout the game. Along with helping in battle, they’ll also exchange banter. The idea behind this was to allow players to focus solely on Clive, especially given how in-depth his combat mechanics can be. 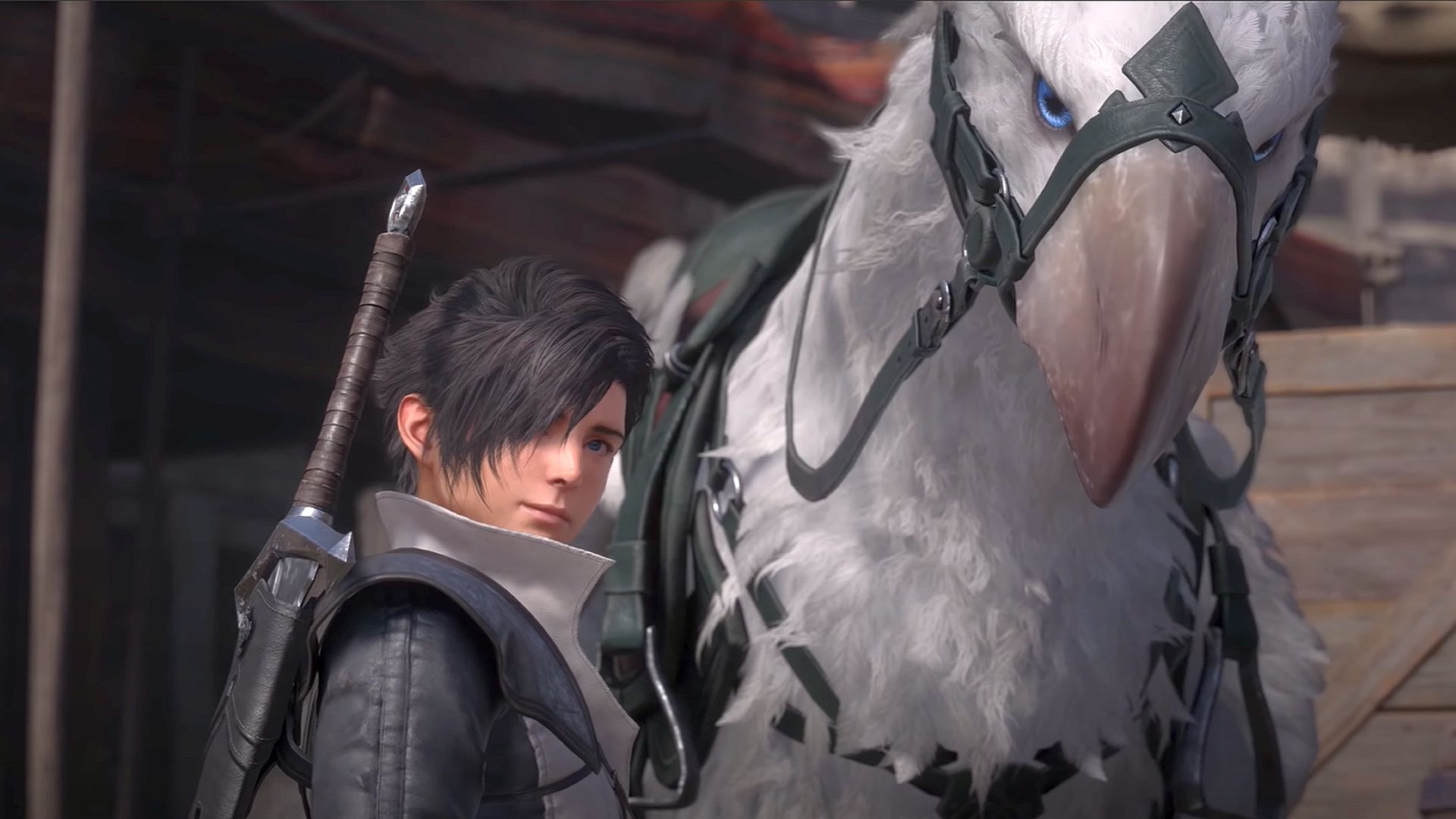 Aside from helping out in combat and banter, party members also have character arcs. Though we don’t know who joins Clive’s party, they’re confirmed to play “big roles” in the story as per Yoshida in GamesRadar’s preview. At times, certain allies may leave the party and others may join based on your progress in the story. “It’s not just… basically having someone help you in battle, it’s having party members that participate in Clive’s journey,” says Yoshida.

Remember that adorable wolf-pup from the very first trailer? Yoshida revealed to IGN that his name is Torgal. When asked if Torgal would be a party member, he simply responded, “Wait and see.” Which sounds plenty mysterious but he may have already given away the surprise.

Speaking to The Washington Post, Yoshida confirmed that along with AI-controlled party members, Clive would also have a “faithful buddy” to issue commands in combat. Is it possible that Torgal grows up to become a bad-ass wolf companion that takes down enemies, adding another layer of complexity to combat? The possibilities are exciting, to say the least (and hopefully we get to pet him as well). 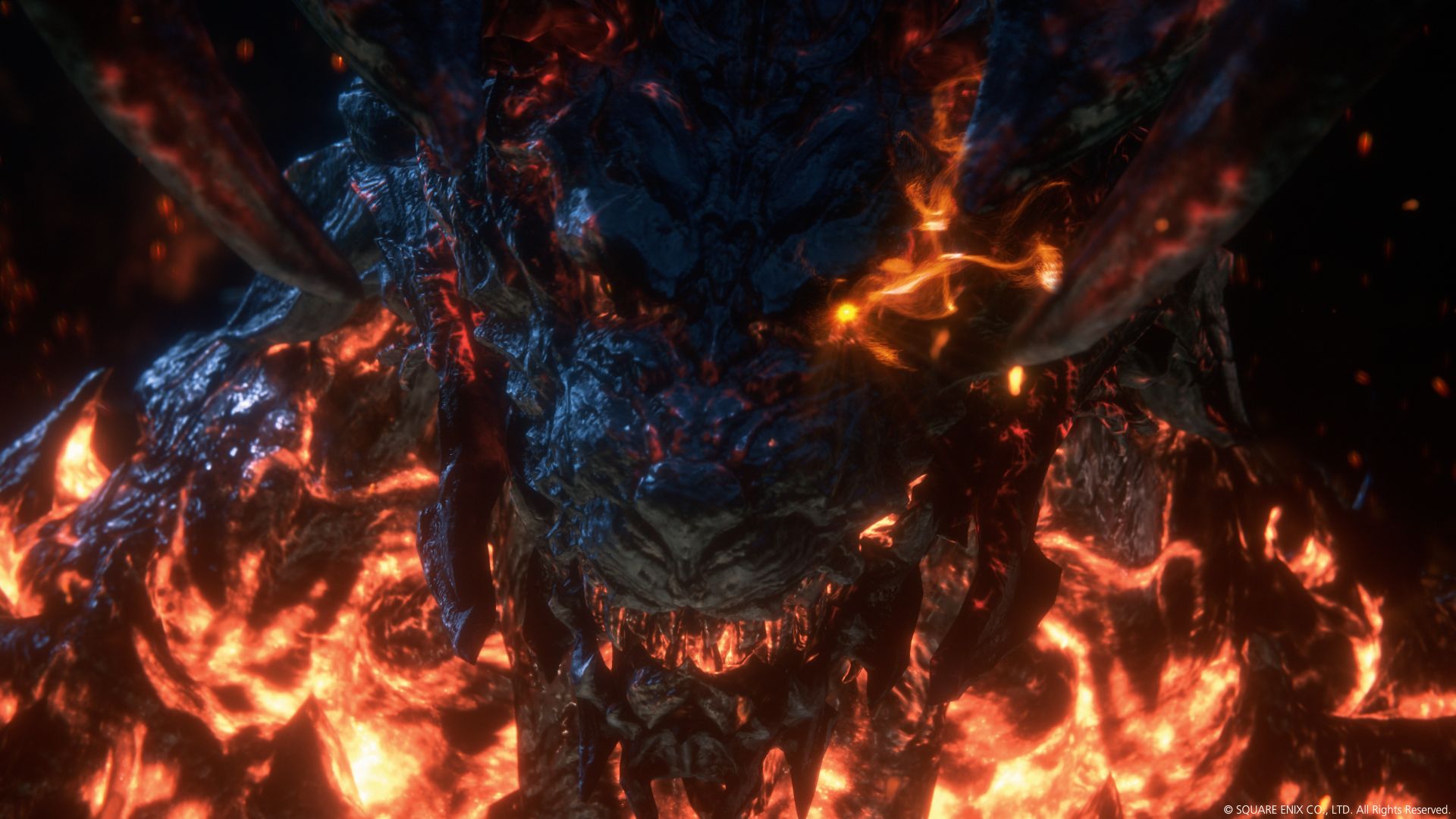 Eikon battles, where two Dominants transform into their summons and battle it out, are core to the Final Fantasy 16 experience. And if you thought they’d all play out the recent trailer, think again. Yoshida told GameSpot that those represented only a “tiny sample of the battles that we have in store in the game.” It’s worth noting that one of the battles with Titan is a “very, very small part” of the full battle and “only about maybe a 20th of what you get to experience.”

There are different phases and multiple stages which change in real-time with each Eikon battle (and sometimes, you may have others coming to your aid). “And the player ends up experiencing something large-scale, action-packed, and high-octane. And hopefully, a lot of players will see that and [think], ‘I can’t believe you created something that’s so crazy.’” But it gets even crazier, believe it or not. 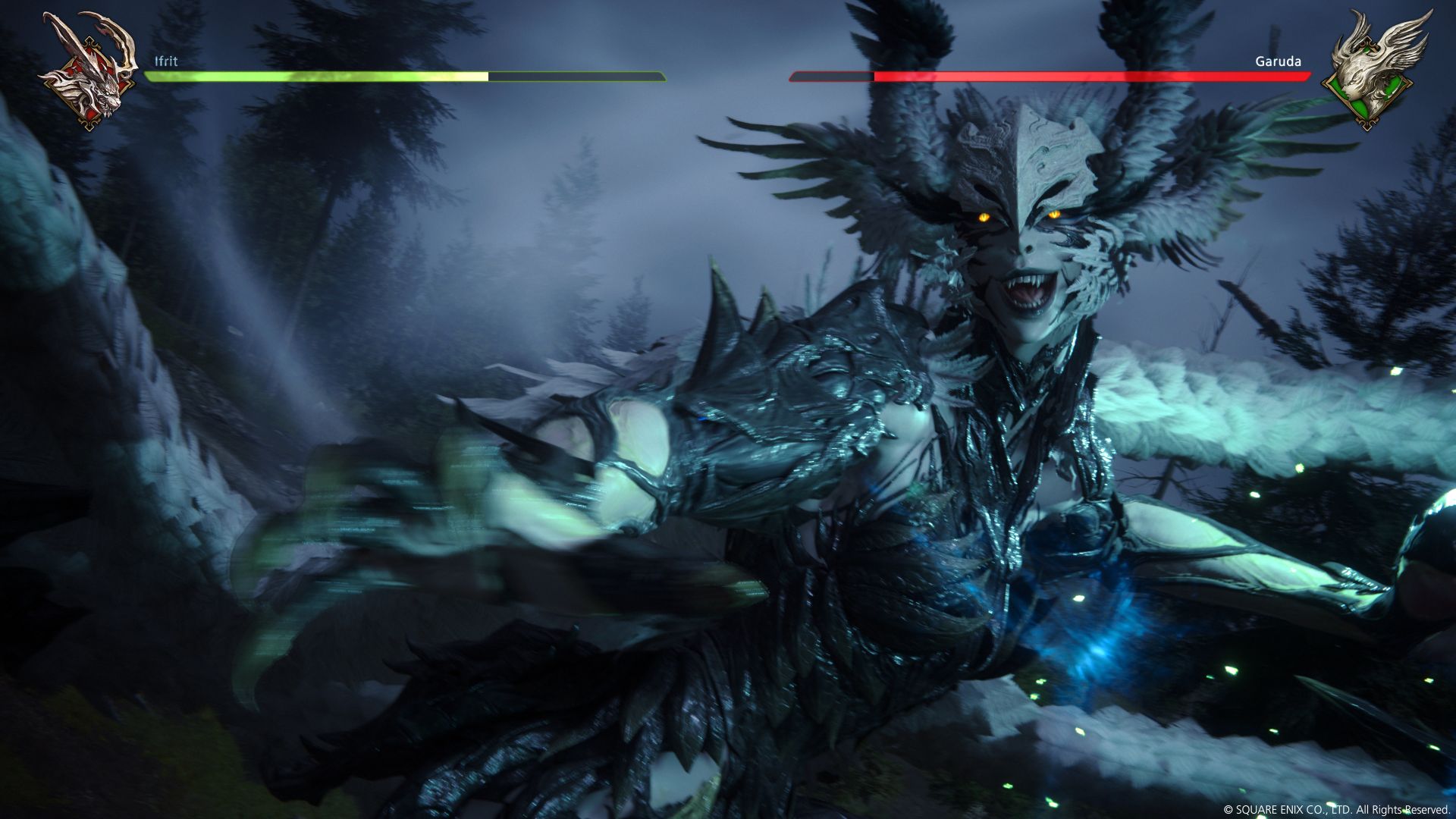 Each Eikon battle is unique in various ways. How unique? Yoshida revealed that one is reminiscent of a “3D shooting game.” Another plays like a professional wrestling match. Yet another is like the Titan battle where the entire area transforms into a battlefield. Someone stop this man. It’s illegal to generate this much hype.

It’s also worth noting that the user interface in Eikon battles will see some differences due to differing mechanics. Some parts of the UI were removed from the recent trailer to avoid spoilers but the health bars were left in to remind everyone that all of it is playing out in real-time. And in case you’re wondering, yes, Clive will also encounter Eikons while in human form. Can we expect an Attack on Titan-style battle or two? One can certainly hope.

By now, we’ve seen a fair amount of the regular combat that Clive engages in outside of Eikon battles. It’s real-time and plays more like a hack and slash, action RPG than the turn-based or Active Time-Based systems of previous games. Along with regular enemies, players will encounter elite foes (which the team refers to as mini-bosses) and various bosses.

When speaking to IGN about how Final Fantasy 7 Remake also took a more action-oriented approach, he noted how, “Final Fantasy 7 Remake would not exist without the original, and those original systems ultimately influenced what Remake became. Final Fantasy 16, however, is a completely new game with a completely different concept. To take the series in a new direction, rather than build off old battle systems, director Hiroshi Takai and battle director Ryota Suzuki made real-time action their focus.

“Translating traditional summon abilities into player actions, and allowing for the real-time swapping and chaining of these abilities in battle has allowed us to create a system that not only looks great but feels good to play.” As players gain XP in regular battles, they can invest points to unlock new Eikon abilities or strengthen the existing ones. Don’t like a certain ability? Want to try out a different build? Yoshida has confirmed unlimited point refunds so you can respec to your heart’s content. We’ve seen some of the abilities from previous trailers like “Rising Flames”, a Phoenix ability for launching enemies. GamesRadar revealed another – “Deadly Embrace” from Garuda that pulls enemies in so you can extend a combo.

With how important Eikon battles are, it probably isn’t surprising that the Kingdom Hearts development team has contributed to them. Speaking to The Washington Post, Yoshida said, “The Kingdom Hearts team at Square Enix has been especially helpful in contributing to those real-time combat and boss battles.”

This makes sense, given the number of battles throughout the Kingdom Hearts series which features enormous foes (with Kingdom Hearts 4 seemingly carrying the tradition forward). “It can be said that the battles in Final Fantasy 16 are in some ways a culmination of the company’s past experiences,” Yoshida added. 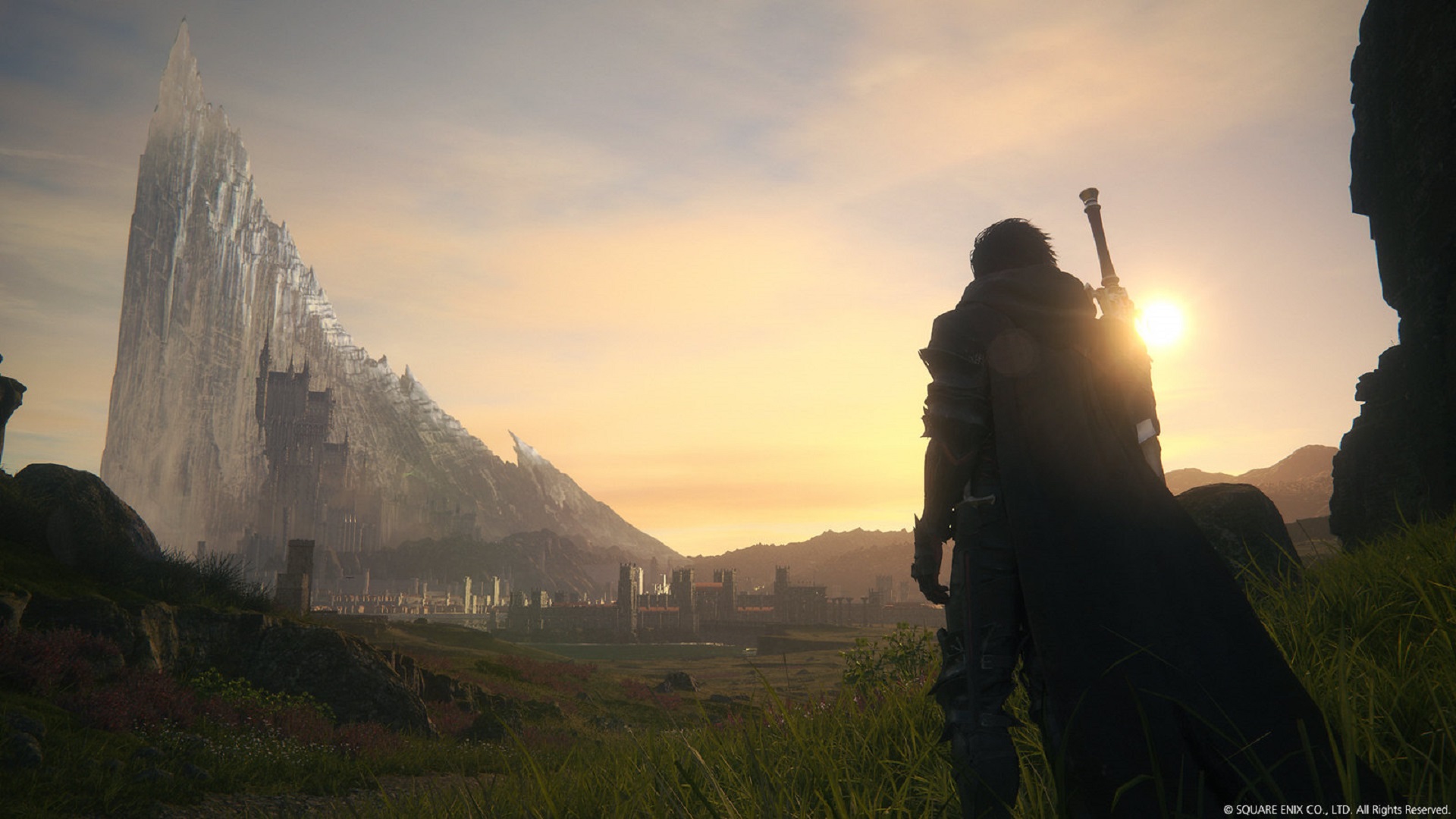 Since Final Fantasy 16 is launching exclusively for the PS5 next year (and for PC later according to rumors, which is another story entirely), it will take advantage of the system’s SSD to deliver “super-fast loading times.” The extra processing power certainly helps make the graphics “richer.” However, being able to jump from a story cutscene into a battle and then back out again is even cooler. Speaking to PlayStation Blog, Yoshida said, “It’s only thanks to the power of the PlayStation 5 system that we can make Final Fantasy 16 the roller-coaster ride that it is.” We’re yet to hear how the game leverages the DualSense or 3D audio or even what graphical modes it offers but there’s still a ways to go.

Less “Tributes” to the Series 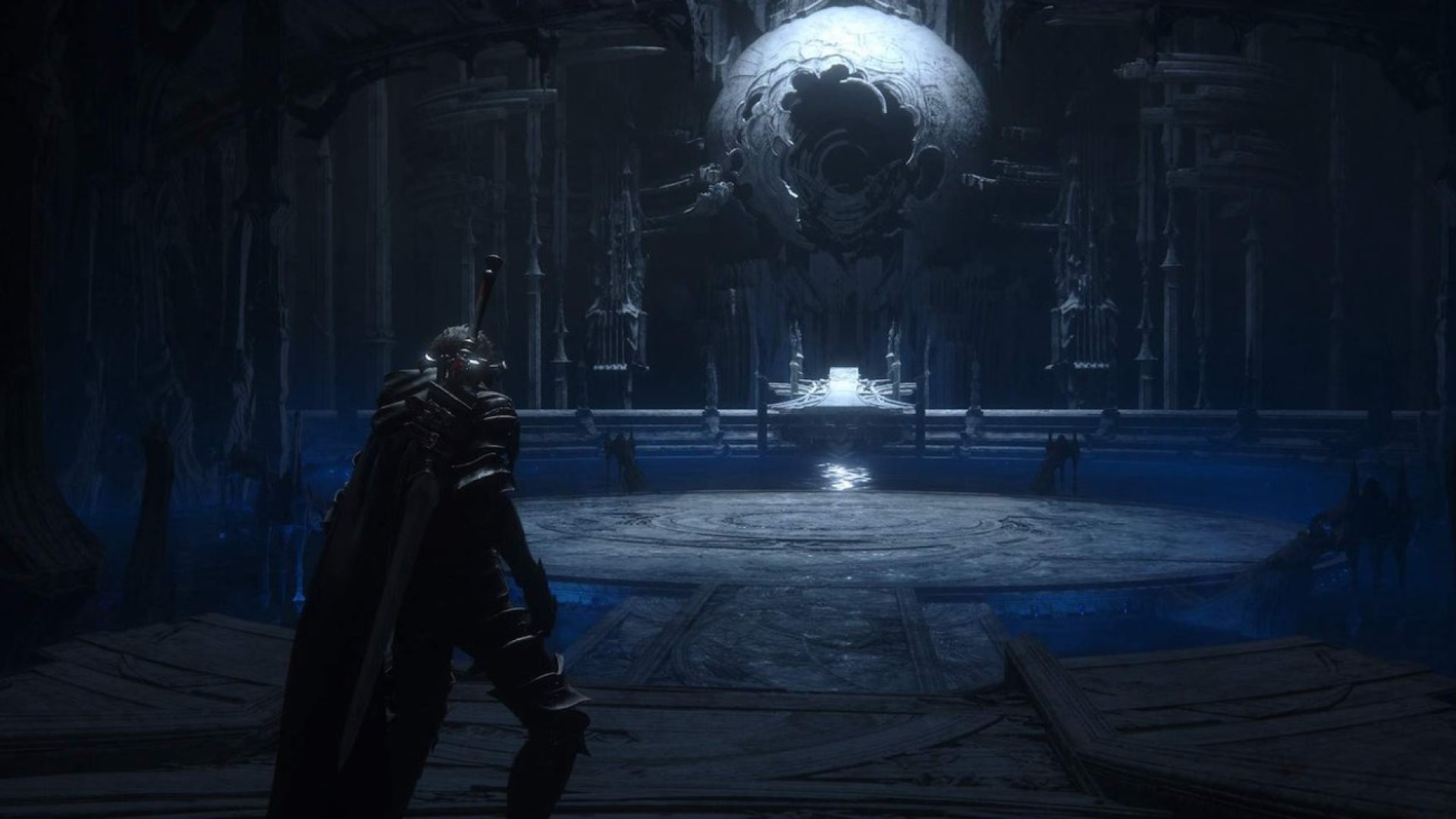 Unlike Yoshida’s other work (a certain critically-acclaimed MMORPG you may have heard about), there won’t be as many callbacks and “tributes” to the series in Final Fantasy 16. He explained to IGN that the concepts for both games are “inherently different.” “Final Fantasy 16 does something that no Final Fantasy before it has – take aspects of the entire series and incorporate them into what we like to call a ‘Final Fantasy Theme Park.’”

However, this isn’t a characteristic that’s specific to Square Enix’s Creative Business Unit 3, the game’s development team. He continues, “Final Fantasy 16 is its entity, separate from other games in the series, so you won’t find as many ‘tributes’.” There will be some Easter eggs but the title’s focus is on delivering the “series-wide feel of ‘playing a movie’ rather than drawing from past titles.” While this may be a bummer for some fans expecting their favorite class or item to appear, it does make sense with regards to pushing the series forward.