This character is "Strong, yet flawed. Brave, yet full of doubt," and her relationship with Clive affects him throughout the story. 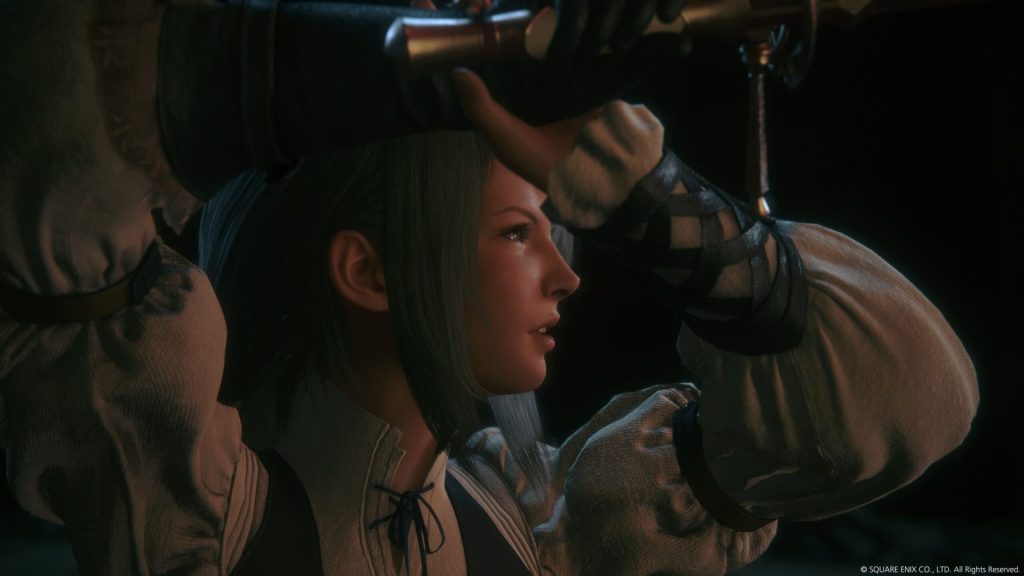 Final Fantasy 16, Square Enix’s next mainline title in the renowned franchise, is nearly complete. Development is in the home stretch, but there’s still a lot unknown about the game, such as the companions that will join protagonist Clive Rosfield on his adventure.

In a new interview with IGN, translator Michael-Christopher Koji Fox was asked whether there would be a female character comparable to the likes of Aerith (Final Fantasy 7), Celes (Final Fantasy 6), or even General Beatrix (Final Fantasy 9). He responded, “While [Final Fantasy 16] does feature a prominent female protagonist, I would hazard the similarities end there. Celes and Aerith are unique in that so much of their games’ narratives revolve around their own respective stories. [Final Fantasy 16’s] story, however, has, since the early concept phase, always been about Clive.

“These companions, however, are not simply static, one-dimensional plot devices there to prop up Clive. They have their pasts, and their motivations and these are explored in-depth as the player progresses through the story. One such character does end up being featured more prominently. Strong, yet flawed. Brave, yet full of doubt, her relationship with Clive affects him in ways that reverberate throughout his arc.”

Many believe this refers to Jill Warrick, a ward of Rosaria who grew up alongside Clive and Joshua in the Rosfield. She’s also rumored to be the Dominant for Shiva, who wields ice. Time will ultimately though.

Fans of the series can look forward to easter eggs for previous titles, though they won’t be as plentiful given the serious tone. Nevertheless, creative director Kazutoyo Maehiro confirmed Moogles to be present. Along with Chocobos, they “each have their role, responsible for certain features and parts of the game. There are lots of other common elements as well, including monsters like Bombs and Morbols, and some terminology.

“Having said that, the world of Final Fantasy 16 is quite serious in tone, so we’ve not gone out of our way to include anything overly comical or things that don’t fit clearly into an ecosystem. This doesn’t relate to the gameplay experience, but we’ve also included a fair number of homages to past Square Enix games in names, etc. These are just like easter eggs – if you know, it’ll make you smile. If you’re the kind of player who likes finding these things, I hope you’ll try and discover the various little nods!”

Final Fantasy 16 is out in Summer 2023 for PS5. For more details on its side quests and optional activities, head here.