Could this be an early look at the remake's second instalment?

Final Fantasy 7 Remake might have only just come out, but the anticipation for its sequel is already ramping up (especially given how the game ends). There’s obviously a log wait ahead of us before we get our hands in the second instalment of Square Enix’s remake project, but it’s possible that we may have already got an early first look at some aspects of it.

That comes to us from the digital art book that comes with Final Fantasy 7 Remake’s Digital Deluxe Edition. Among other things, the book contains concept art created by the developers for various weapons, and while many of these are, of course, weapons that are featured in the recently released game, some of them are not. Take a look at the images below (via Wccftech).

Of course, it’s possible that the aforementioned were weapons that Square Enix may have at one point planned on including in the game but never got past the concept art stage- it’s quite a common occurrence in games development. Then again, it’s also possible that these are weapons that might appear in the sequels, early concept art work for which has already been done.

We do know that work on Final Fantasy 7 Remake’s second instalment is already underway, though of course, there’s no telling yet how far away from release it is at this stage. 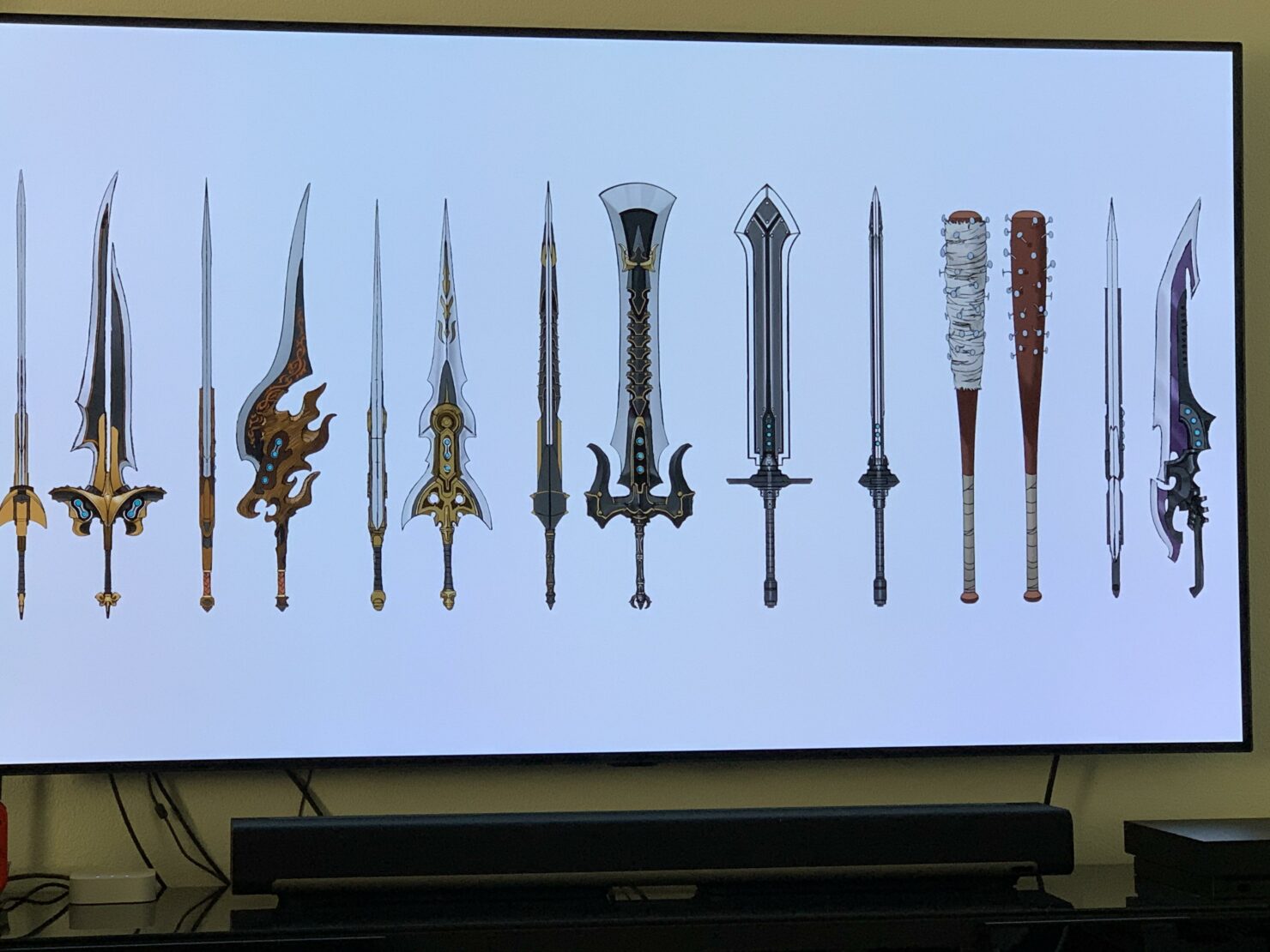 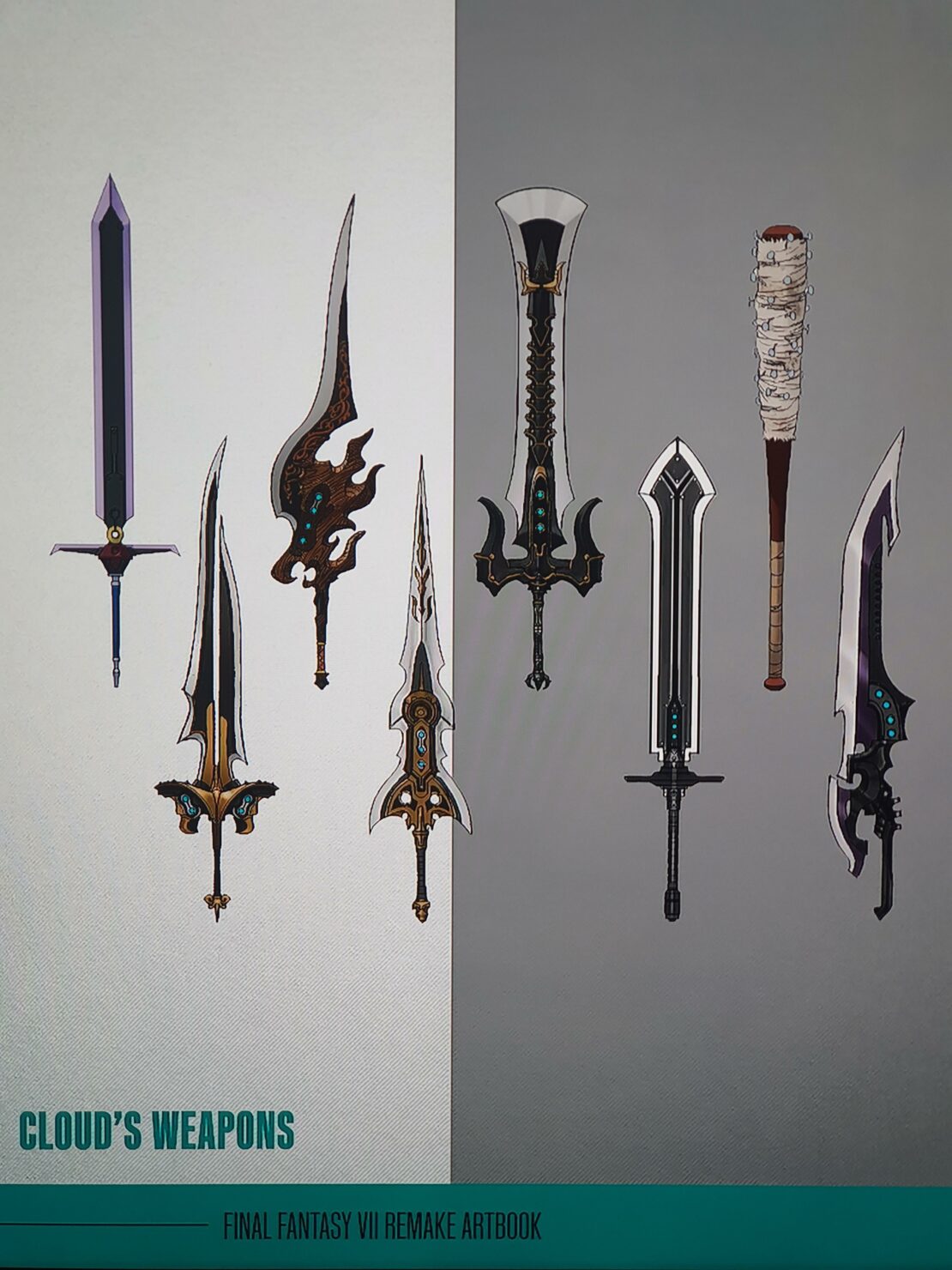 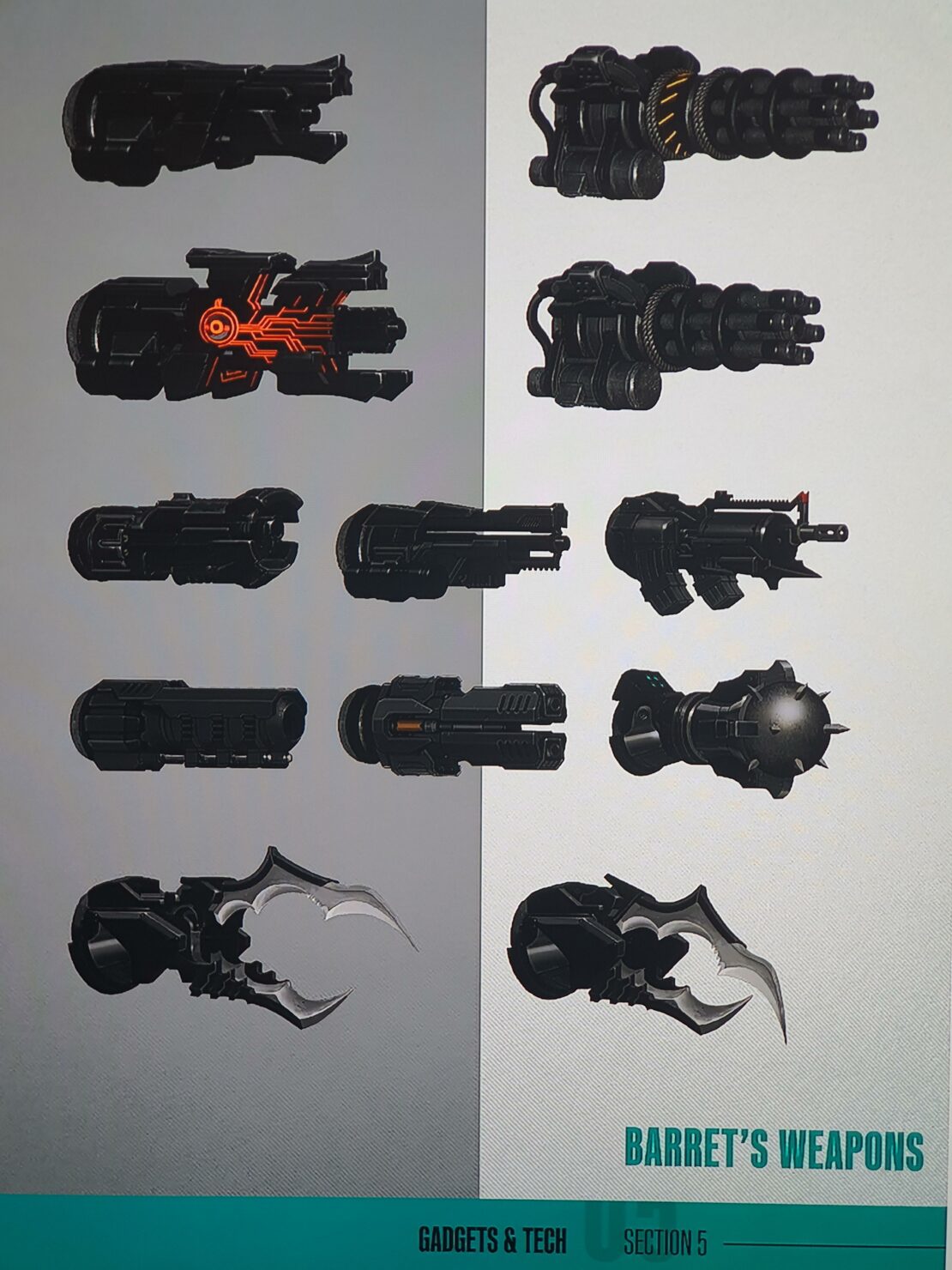 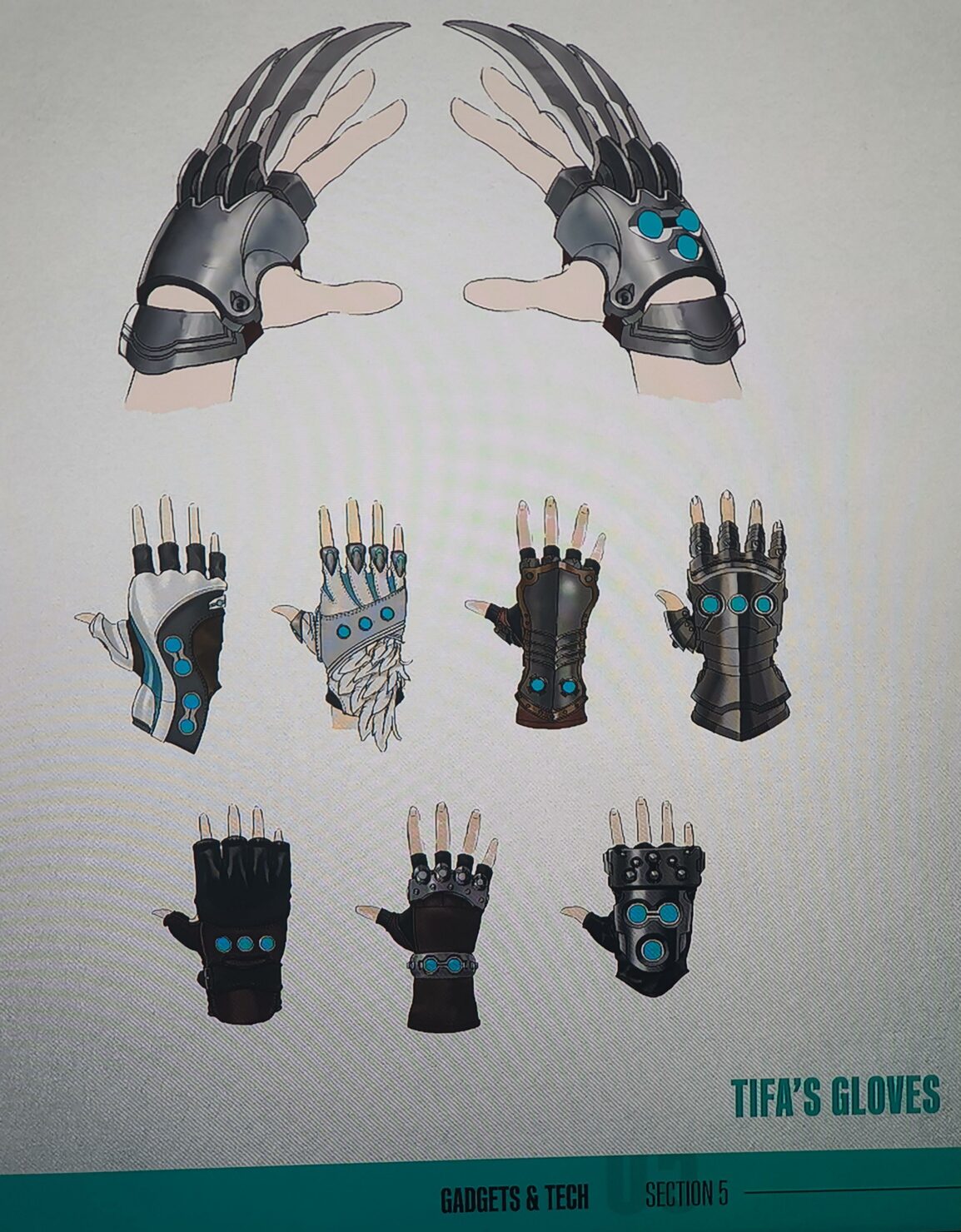