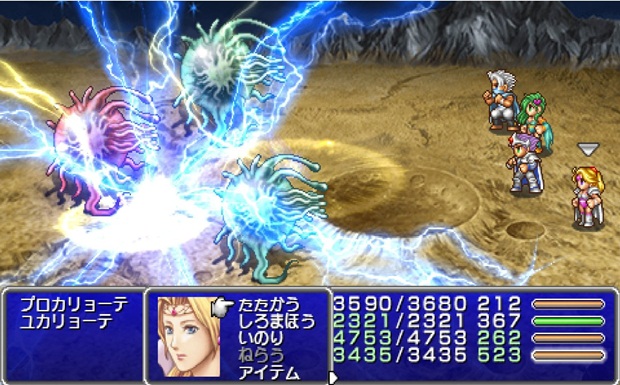 Square Enix  announced today that Final Fantasy IV is now available for the PSP system at North American retailers. The 20th Anniversary Edition includes a graphically enhanced version of the timeless classic FF IV, the complete episodic series ‘The After Years’, and an entirely new Interlude, which connects the stories between the previous two entries in the franchise.

Critically acclaimed as one of the greatest games of all time with more than 4 million copies sold worldwide, FINAL FANTASY IV set the standard for role-playing games to come with its diverse cast of complex characters, a deep and engrossing plot, the introduction of the Active Time Battle system and numerous additional innovations. Twenty years later, FINAL FANTASY IV, its acclaimed sequel THE AFTER YEARS and the entirely new INTERLUDE have come together in one package as the ultimate role-playing game experience with FINAL FANTASY IV: THE COMPLETE COLLECTION. Whether re-experiencing a favorite or just discovering the game for the first time, new and old players alike will join in as a cast of unforgettable characters are drawn into one of the most beloved FINAL FANTASY stories, with stunning new graphics, a newly arranged award-winning soundtrack and bonus game features that provide the definitive FINAL FANTASY IV experience.