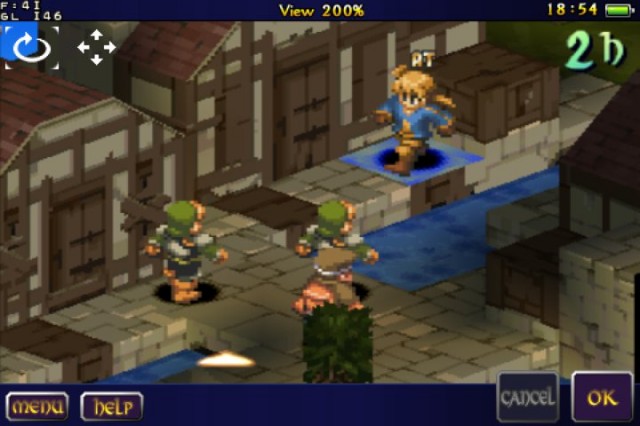 Good news; Final Fantasy Tactics: War Of The Lions still exists! The game has been delayed till late July, for which assistant producer Shiina is very sorry. But, in a bid to smooth things over, Shinna has answered a few questions on the upcoming title:

Is the slow-down problem solved?

We’ll show it in the trailer or a movie clip.

Is it a universal app?

No. We’ll release iPhone ver and iPad ver both.

When will you release the iPad version?

Now we plan to release it 1 month later than iPhone version.

No. We tried to support 3G but it was toooo slow to play the game.

Does it have the Multiplayer mode.

Nope. We had to cut it off for iOS devices.

No. We don’t plan to release add-ons now.

Did you add the autosave function?

If you get a phone call, the game will be automatically saved and you can get back to the game immediately.

Honestly…it took much time to add this function. It made the dev team exhausted.