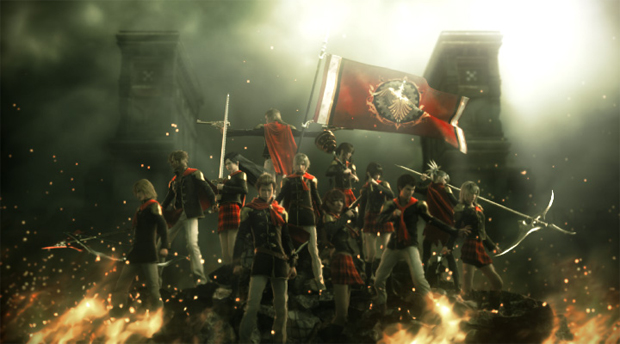 North American RPG fans- rejoice! Square Enix has announced that their upcoming PSP title, Final Fantasy Type-0 might just get a North American release date. Nothing has been confirmed yet, but it’s good to know they’re at least considering it.

They also announced that the game is now 80% through its development, and that it might get pushed from its Summer release date in Japan to Fall.

The game might also be downloadable via PSN. It will also be the first PSP game to ship on two UMDs, since the 40-100 hour long adventure will be too much for one single UMD to handle.