Final Fantasy XIV: A Realm Reborn Wiki – Everything you need to know about the game

Everything you need to know about Final Fantasy XIV: A Realm Reborn.

Final Fantasy XIV: A Realm Reborn is a MMORPG (massively multiplayer online role playing game) that was developed for a multiple platform release. Developed by Square Enix (Final Fantasy and Deus Ex franchises) and produced / directed by Naoki Yoshida (director of multiple Dragon Quest games and chief planner of Dragon Quest X) because of his long standing love of MMORPG’s. Art was supplied by Akihiko Yoshida (Final Fantasy and Bravely Default) and the soundtrack was composed by Masayoshi Soken (Final Fantasy and Mario Sports Mix).

FFXIV was first released in September of 2010 and was met with primarily poor reviews, Final Fantasy XIV: A Realm Reborn serves as a “Version 2.0” updating many aspects of the original title including introducing a new engine, reworked gameplay and user interfaces amongst other updates. The game is available at retail, via digital download and through the Steam Client as of February 14th of 2014.

The development of Final Fantasy XIV: A Realm Reborn began following an almost universal slamming of the initial release of Final Fantasy XIV Online. It was conceived as a solution to what was a promising title that was poorly executed that was made all the worse by limited testing periods and a lot of in game bugs. Following an official formal apology from the Square Enix President and two free trial extensions in December of 2010, the plans to drastically overhaul the product with the help of a new team and passionate staff were announced.

Following this news was also the news of previous high ranking staff members being demoted to lesser roles and the cessation of any monthly fees that players were expected to pay, the PlayStation 3 port of the game was also cancelled. This is when Naoki Yoshida was brought on board to act as producer and director. Mr Yoshida has been noted as having said that he felt that the fan base had been treated badly, furthering this by placing the blame squarely on the shoulders of the original development team, saying that they were conceited in their actions.

When development began on Final Fantasy XIV: A Realm Reborn, it became readily apparent that the game was shoddily put together and thus a brand new build of the game was created, making use of a new engine and improved server infrastructure. Over the coming months and years, the team slowly began to restore faith in the Final Fantasy XIV title with a series of patches that overhauled gameplay, user interface and game mechanics. This was followed with the reinstatement of monthly fees to accommodate the redevelopment of the game, this was followed by player based incentives to continue playing by offering a permanently lowered subscription fee if the player had played for at least 3 months, they would also receive a custom mount in the form of a Chocobo for those who took part in the Legacy Campaign.

With all this being said and done, ultimately the plan for Mr Yoshida was “to get into the hands of hardcore MMO players,” which thus far he has been mostly successful in doing according to a number of very high reviews and mostly good feedback. 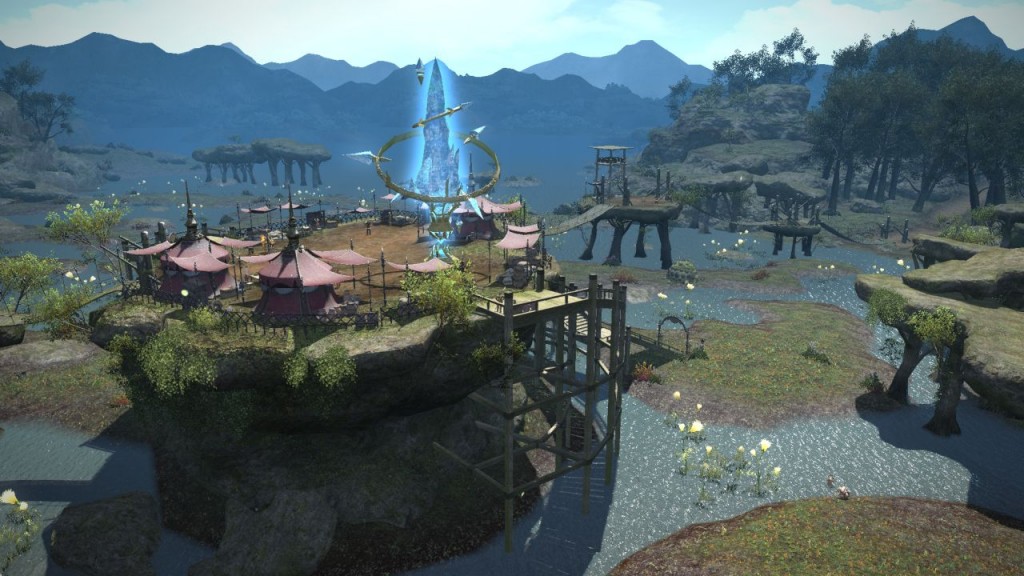 The central plot of Final Fantasy XIV: A Realm Reborn revolves around Hydaelyn’s Second Moon, “Dalamud” plummeting towards Eorzea, which continues to fall despite the death of the Legatus that summoned it. Fighting at Dalamud, the Garlean Empire and the Eorzean Alliance, the Dalamud breaks up overhead and lets loose the Primal Bahamat who then begins destroying Eorzea, which begins the Seventh Umbral Era.

Following a failed attempt to seal Bahamut, Archon Louisoix transports the left overs of the Eorzean Alliance’s armed forces into the future, leaving himself behind to face his doom. Arriving at their destination with fuzzy memories, old and new players must piece together the events that have transpired between the release of Bahamut and the present day. 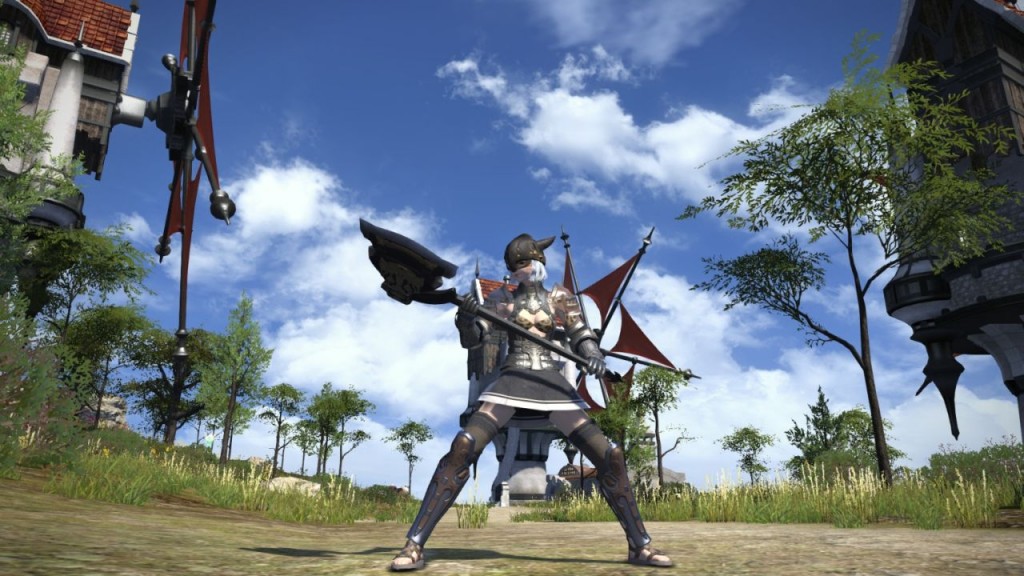 Despite numerous improvments being made to the game, Final Fantasy XIV: A Realm Reborn is ultimately an MMORPG, meaning that it carries the traditional gameplay mechanics found therein. Players must select a character class, type, race, build, look and playstyle. From there on the player will progress through the levels becoming stronger as they grow by defeating foes and boss monsters and accomplishing quests.

This is accomplished through the use of in game skills, spells and attacks that are often mapped to hotkeys and directly influence gameplay and battle. The UI is perhaps the most notable innovation here however, giving PlayStation 3 players the option of using both a controller and a keyboard to play the game. Made all the easier by the Cross Hot Bar, which was kept intentionally similar to the XrossMediaBar due to the already established player familiarity.

Classes are further sub divided into categories of disciples.