He’s a young man with his heart in a different place.

We continue our look at the robust case of Fire Emblem: Three Houses with a particularly interesting character today. The last few weeks, the younger members of the supporting cast have been highlighted, and now we get another youngster with Ignace, a young man who finds himself conflicted about his future.

You can see his introduction and artwork below. Ignace is the son of a merchant of the Leicester Alliance. His brother has inherited the family business and he has followed his family’s wishes to train to become a Knight. He’s conflicted, however, as deep down he wants to follow the arts and has a love of nature. It should be interesting to see how his story ultimately develops (thanks to Twinfinite for the translation).

Fire Emblem: Three Houses will release on Nintendo Switch on July 26th. You can check out a variety of different character introductions in the meantime, including the game’s colorful villains, as well as the House leaders. 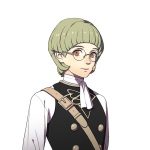 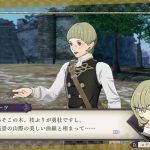