This swordsman is a no-nonsense type personality.

Fire Emblem: Three Houses is the next installment in Nintendo’s ongoing fantasy RPG series, and they have slowly being teasing out the game’s many characters. We’ve gotten a small look at the game’s titular House leaders, with Nintendo now focusing on supporting characters. The last two characters we got were two former light-hearted Divas, one down-to-earth and one a little full of herself, but today we go a bit in the other direction with the more hard-edged Felix, a member of House of the Blue Lions.

As you can see from the video of Felix introducing himself below, he’s not the friendliest guy around. He’s earned the nickname “Wild Boar” for his gruff attitude, and is a good friend to the leader of House of the Blue Lions, Dimitri. Felix’s cynicism stems from a want and desire to be a better swordsman, and he’s always ready for a fight against a strong opponent (thanks to Twinfinite for translations).

Fire Emblem: Three Houses will release July 26th exclusively for Nintendo Switch. You can check out an art render and in-game screenshot of Felix below. 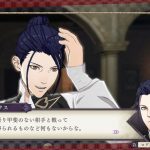 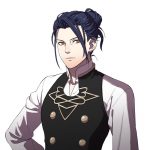