She’s a commoner among the royals.

The quick teases of the characters from Fire Emblem: Three Houses, the next installment in Nintendo’s long running RPG series, continue onwards. We’ve gotten a look at all the major characters in the game, the three leaders of the titular Houses, and Nintendo has gone on to supporting characters, such as the protagonist’s father and the leader of the church. Now they’ve shown a rather unique character compared to all of those- Dorothea.

You can see her introduction on the game’s official Twitter below. One thing that makes Dorothea unique is that, unlike the other members of House of the Black Eagles, Dorothea does not hail from a royal or noble family, but is a commoner who managed to work herself up to become a famous diva in the Mittel Frank Opera Company, the same one as Manuela. Because of this, she has a more down-to-earth attitude than some of the other characters, and offers friendly advice to the protagonist (thanks to Twinfinite for translations). 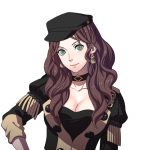 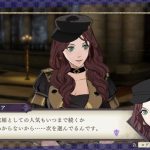