Hilda can be a friend, but she’s a bit spoiled.

Nintendo has shown off several characters for their upcoming RPG release, Fire Emblem: Three Houses. We’ve gotten a small look at all three houses leaders, and in moving on to highlighting some supporting roles, we’ve seen some of their allies: the shifty-eyed Hubert of House of the Black Eagles and Felix, the cynical swordsman of House of the Blue Lions. Now we get a look at Hilda for House of the Golden Deer.

You can see Hilda’s introduction below. She’s the sole daughter of the Duke of Goneril, and due to that is rather spoiled. Hilda has lived a pretty comfortable life, and therefore is used to getting her way and is prone to being rather lazy. She enjoys the finer and more fashionable things in life, much like a proper noble lady (thanks to Twinfinite for the translation).

Fire Emblem: Three Houses will release July 26th for Nintendo Switch. You can check out an art render and in-game screenshot for Hilda below. 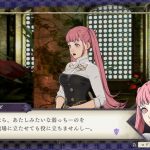 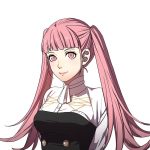