She’s a foreigner among the vast cast of characters.

Nintendo’s next RPG, Fire Emblem: Three Houses, is just a little over a month away. It got a new trailer at this year’s E3 Direct that highlighted the game’s conflicting themes of friendship and war that has run through the franchise in many ways in the past. Now, though, we return to something the company was doing before in teasing the game’s vast cast. Today we get a look at a more foreign flavor in the form of Petra.

Petra is of the House of the Black Eagles, but has a very different backstory than most of the other characters. She is the granddaughter of the king of the Brigitte Islands and has been sent to the academy as a symbol of her nation’s subordination to the Empire. Perhaps this will set up some conflict down the road? Thanks to Twinfinite for the translations.

Fire Emblem: Three Houses will release on Nintendo Switch July 26th. You can see her introduction and artwork below. 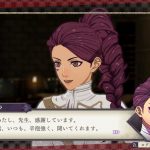 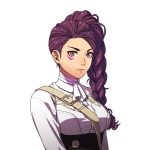