Once a commoner, he now aspires to be like his adopted family.

Fire Emblem: Three Houses has a lot of characters, as has been very evident based on the large cast of characters that have been teased over the last few months. Even though the game is getting closer, Nintendo aren’t quite done with said introductions yet. Today we got a look at another interesting supporting cast member with Ash, a young man adopted to nobility and part of the House of the Blue Lions.

You can see Ash’s introduction and character art below. Ash is technically part of a noble family, but he wasn’t born into it. He was the son of a commoner, giving him a degree of uniqueness, since most of the other characters are noble and royal by blood. He aspires to be like his adopted father, Sir Ronath, who raised him. He tries studying hard to make the most of this rare opportunity. Ash is joined by a few other commoners who have managed to find themselves in the school, putting him in a small group of common folk in the academy (thanks to Twinfinite for translations). 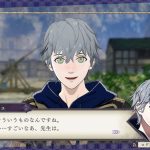 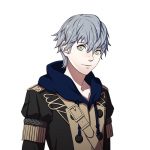