Once a noble, Mercedes has a kind heart.

We’ve gotten an interesting mix of supporting Fire Emblem: Three Houses character reveals over the last week from Nintendo, ranging from the cynical, to the intriguing, to the antagonistic. Now we get a reveal for a new House of the Blue Lions member, who seems to have some potential secrets- Mercedes.

You can see her introduction and art work below. Mercedes is a gentle soul who is always paying attention to the world around her. She won’t leave those in need and is always willing to lend a hand to those suffering. Unlike many in the cast of characters, she is a commoner- but it wasn’t always this way, as she was originally from a noble family. She also seems much older than the other students at the academy. It definitely seems like there’s hints that Mercedes isn’t quite who she seems to be (thanks to Twinfinite for the translation). 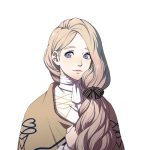 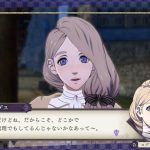