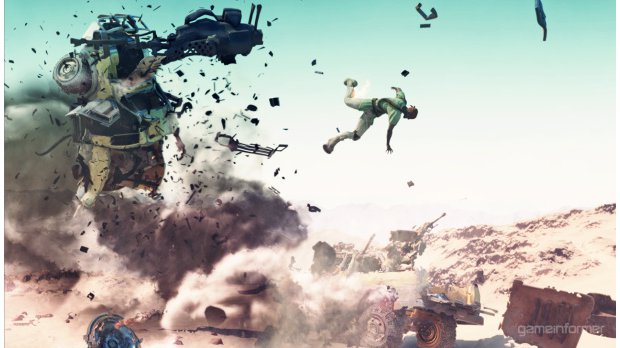 Spike recently announced that they will be holding the annual Video Game Awards in December, and along with several other major titles, an all new BioWare franchise developed by a new studio will also be revealed. Game Informer has now gone ahead and given us the first look of the game- the image above.

As CVG has pointed out, it definitely does look a lot like Uncharted. It seems to be showing off an over the top crash and a dramatic set piece moment, two hallmarks of the Nathan Drake franchise. It’s also set in a desert-like environment, just like the recently released Uncharted 3 mainly was.

Well, we don’t have to speculate much longer now, since this franchise will be revealed very soon anyway. The Spike Video Game Awards will be held on December 10, and all our questions will be answered.