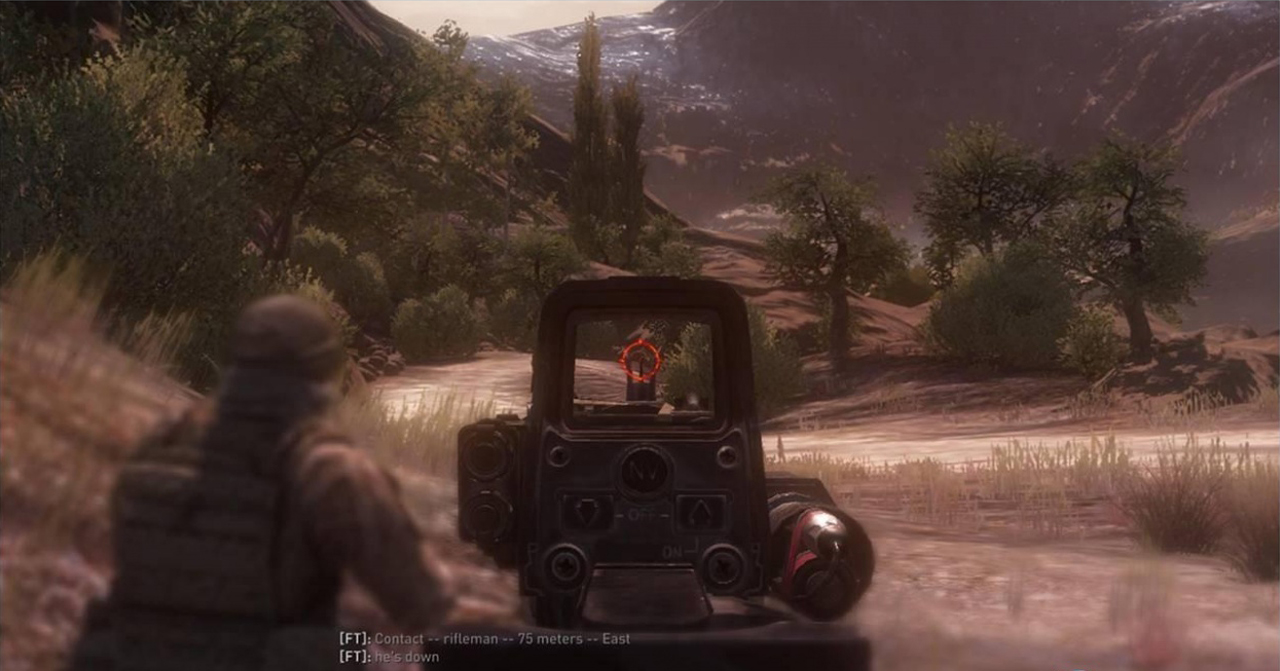 This is how the game looks on PS3.

We’ve the first ever released PS3 screenshot for Codemaster’s upcoming game, Operation Flashpoint: Red River. This displays the hud of the game and shows you exactly how the game will look on the PS3.

This is a in-game screenshot released by Mark Grant who’s a part of the programming team of the game.

The game is scheduled for a year-end release on PC, PS3 and Xbox 360.