Players will need to survive a night against Roxy, Chica, and Monty along with other threats, but receive help from Freddy Fazbear himself. 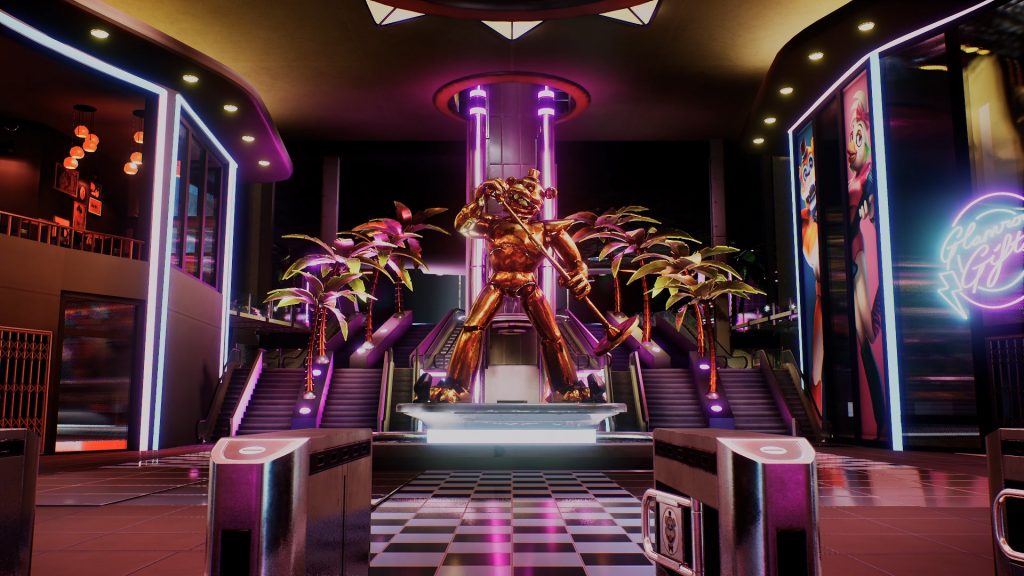 Steel Wool Studios’ Five Nights at Freddy’s: Security Breach has received a new gameplay trailer, providing an extensive look at the gameplay and animatronics appearing in the survival horror title. It also received a release date of December 16th. Check it out below.

In a PlayStation Blog post, executive producer Ray McCaffrey offered some more details on the story. As Gregory, a boy trapped overnight in Freddy Fazbear’s Mega Pizzaplex, you need to survive and find a way out. Roxy, Chica and Monty will be hunting you but there are also S.T.A.F.F. bots that can sound the alarm if they see you. Interestingly, along with the animatronics “evolving” as the night progresses, Freddy Fazbear is an ally.

Along with guiding the player and providing warnings, Gregory can also hop inside his body to hide and move around without being detected. Of course, Freddy has limited power which must be recharged at different stations. Weapons like the Faz Cam for stunning the animatronics and Fazblaster, which has unlimited ammo but requires headshots, are also provided.

Five Nights at Freddy’s: Security Breach will release for PS4 and PS5. Stay tuned for more details in the coming months.