The multiple, multiple problems at Activision Blizzard have long been documented and reported on at this point. The culture of toxicity and harassment (particularly against women) is so deeply embedded in the company’s corporate culture that it has a full-fledged government investigation it is undergoing at the moment. Activision’s response to this has been less than stellar. We’ve seen everything here, from an initial outright denial and deflection to a begrudging acceptance of the claims (with a lot of caveats) to a promise to do better, including all the usual PR moves that come with the territory. And those responses create a hell of a saga. From CEO Bobby Kotick promising to take a pay cut, to setting aside a few million bucks to promote and emphasize diversity initiatives with the company, to firing personnel who may have been implicated in these findings, to hiring women to prominent roles to lead Activision through their embattled deluge of multiple lawsuits, followed by at least one of those high profile female hires leaving, and revealing that her hiring was itself meant to be a token gesture, and that in spite of the circumstances of her hiring, she was harassed, discriminated against, and not paid the same as her fellow co-lead, a man who was doing literally the exact same job as her – it’s just a mess. It’s just a total mess, a trash fire of epic proportions, laying bare the deep rooted rot in a company that is apparently so corrupt that there may be no salvaging it.

And we’ve seen the issue escalate beyond belief since the initial reports, where, naively, many may have felt the problems were localized to certain former developers within the Blizzard arm of the company alone. At this point, it’s abundantly clear that this culture of toxicity, harassment, and bigotry runs rampant through the whole company. At this point, you would also expect, perhaps out of sheer despair, that there is absolutely no way the situation could somehow get worse. Like, there is absolutely nothing that can happen anymore that makes this culture of harassment and misogyny seem any worse than it already is, right?

Unfortunately, you would be wrong, because we continue to plumb the depths of just how low some people can sink as more and more findings regarding this company continue to come out. More recent reports bring to light even more horrifying facts – a recent report reveals, for example, that Bobby Kotick was not only fully aware of the extent of the harassment going on within the company, but that he was actually involved in keeping things quiet and covering up for the people implicated in harassments. To be fair, almost everyone probably already expected that (because you would have to be quite incompetent to not know something that is so prevalent at the company you run), but there’s more – Kotick himself was involved in multiple incidents of harassment, including many that he settled quietly out of court. According to these reports, he was also instrumental in keeping an employee at Treyarch, accused of having sexually harassed, on board, while he covered up an incident of an employee at Sledgehammer Games having allegedly raped a woman he was a supervisor for (you would think the most basic action for self-preservation and survival a corporation can make is distance itself from any employee accused of something as heinous as raping someone, but nope. You’ll see this continue to be a theme), and, well before any of this, having threatened to have a woman in his employee as an assistant killed in an angry voicemail. His death threat to an employee is something Activision didn’t even deny, admitting that it happened in its statement (this is important, we’ll come back to this in a minute).

The answer is, it can get worse, and it did almost right away, because the Activision board issued a statement almost immediately after these reports broke to confirm that they are going to be standing behind Bobby Kotick and that they are not going to terminate him from his position. That’s right, to be clear – the people running Activision Blizzard have decided, after these new revelations that conclusively establish the culture at this company is rotten because it originates from this one man at the very top, to keep said man at the very top. Presumably because he makes them a lot of money, I don’t know. Their stated reason is that they have no evidence of wrongdoing against Kotick, except, as pointed out just now, even Activision’s own statement doesn’t deny that he was culpable of at least threatening to have his employees killed. There is absolutely no shortage of evidence for that, or any of his other misdeeds, as several of these investigations have conclusively established. And yet the Board refuses to budge. This was in spite of calls from literally over a thousand employees and multiple shareholders to have Kotick removed from his post.

A spontaneous walkout staged by employees saw hundreds of them refusing to work until working conditions improve at the company; meanwhile, a fairly prominent activist shareholder group called for Kotick to be removed. These, however, were very clearly not enough reasons for the Activision board to cut their ties with Kotick, then. However, the ground underneath Kotick’s feet continues to shrink, because in the last two days, PlayStation head Jim Ryan and Xbox head Phil Spencer have both expressed a dissatisfaction with Activision’s response to this entire debacle, with Spencer going as far as to say that Xbox is currently evaluating all aspects of its relationship with the third party publisher. While it’s unclear whether Nintendo and Valve will also censure Kotick and the company shielding him from the comeuppance he deserves for what he has done, even if they do not, the bulk of Activision’s business comes from PlayStation and Xbox – if even one of them decides to terminate their business arrangements with the company to even a minimal degree, it would have a huge impact on Activision’s bottom line.

You have to assume that at that point, surely, the Activision board will decide to finally boot Kotick out? Maybe he gets a nice fat severance package and a golden parachute, but here’s the thing, at this point, I think the important part is getting Kotick out. Him getting another few hundred thousand or million dollars isn’t going to functionally change anything for the man who is already so absurdly rich he could never get paid a single cent for the next few hundred years and still live a life of affluence and opulence. But at least it means he’s no longer in a position of power at this company; at least it means, however symbolic, that there was some comeuppance. If Kotick is actually impacting the company’s bottom line (as indeed he seems to be, Activision’s stock price is down 33% from where it was in July, right before these reports and lawsuits broke out), surely the board decides to take that hit and get him out in order to protect Activision’s financial interests? Right? Because surely the reason they are so protective of him right now is because of how much money he made them, leading Activision and Blizzard to become the largest third party publisher in the world by quite a healthy margin? 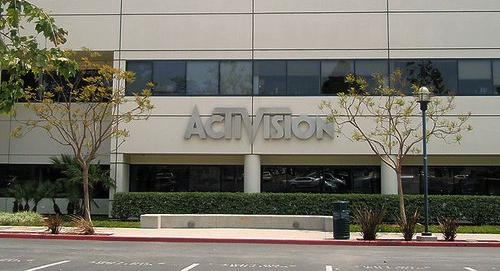 You would assume that, and I sincerely hope that’s what happens. I would hope that the spectre of being ostracized by their two biggest platform partners is enough to get Kotick out of there; but as I have emphasized multiple times, whenever you think this company can’t get worse, it does. It would not surprise me to find out that the board is standing behind Kotick out of preemptive solidarity. But even if that doesn’t happen, them standing behind Kotick already makes them every bit as complicit in his crimes, and the crimes he perpetuated, as he himself is. Getting rid of Kotick is a necessity, and maybe, hopefully, that will happen.

But even if it does, the rot in this company wasn’t limited to just this one man’s doing. It wasn’t just Kotick who was behind all of this abject horror – it’s a culture that pervades the entire company. Indeed, one of the demands made by Activision shareholders calling for his removal is also to have Chairman Brian Kelly and Lead Independent Director Robert J. Morgado, both of whom are also in similar positions of leadership within Activision, removed as well. But even that would probably not enough. So much of Activision Blizzard would need to be gutted and start over.

But any action is better than none. Any consequences for any of the involved actors are better than none. Activision Blizzard may never be truly fixed, and Kotick may never have to suffer the full extent of the consequences that his actions beget, but that is no reason for us to accept passivity. To the extent that is possible within this broken, horrific system that allowed something like this to happen in the first place, Kotick must pay and Activision must be reformed. And it all starts by that man getting fired.