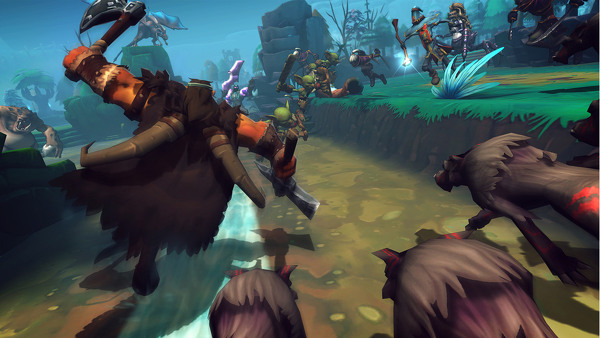 In case you were worried about the lack of activity from Trendy Entertainment following the delay of Dungeon Defenders 2 and the controversy surrounding CTO Jeremy Stieglitz – who has been removed from the project and supervising staff due to harsh practices and general douchebaggery – it seems that former LucasArts president Darrell Rodriguez has joined the studio as its new CEO.

Speaking to Games Industry, Rodriguez stated that, “I have been extremely fortunate to work with some of the most talented and passionate people across various creative industries and at some of the most renowned companies in the world. I am equally impressed and blessed to work with the passion and skill that exist at Trendy.”

Rodriguez also stated that he wants other devs to work with Trendy’s Playverse along with pushing a new IP. “We are certainly not a single game company. Dungeon Defenders is just the beginning.”

Which is all well and good but can we get some news on Dungeon Defenders 2? Stay tuned for more.