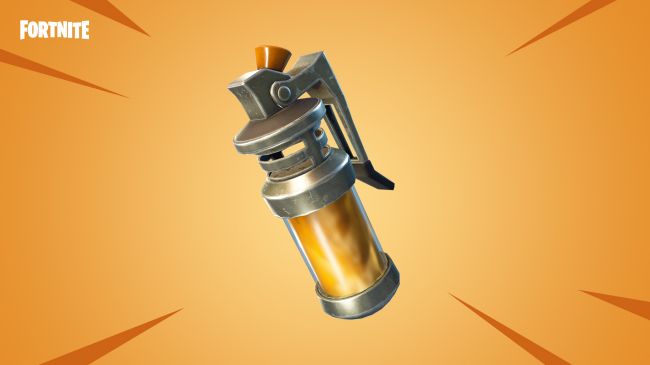 Following Fortnite’s recent release on the Nintendo Switch, Epic Games continues to update the game with a new grenade and a new limited time mode in patch v4.4. There’s also a new hero for Save The World mode though that will only be available for non-Switch players.

Patch v4.4’s big new item is the Stink Bomb. The grenade can be thrown and produces a cloud that deals five damage per half-second. Lasting 9 seconds in total, it can be found in stacks of three with five held in total. Look for it in chests, floor loot and vending machines.

The new limited time mode is Final Fight: Teams of 20, which stops the Storm Circle after the third circle. From there, a final timer begins and the last team standing with the most players win the match. Finally, the new hero is 8-Bit Demo, who’s been described as a new “Constructor Demolitionist”. Expect to see him in the event store on June 20th, 5 PM PST. For more information on the update, see the full patch notes.

Fixed several issues with Discord integration and improved the information displayed when in a Battle Royale or Save the World game.

Wanting to track the top community issues? Head over to our Fortnite | Community Issues Trello board here.

Survive the countdown! The Storm Circles give players more room to hunt down opponents. The final circle triggers a countdown timer; when the time is up, the team with the most players remaining wins. In this LTM, teams can tie for the Victory Royale!

Fixed an issue which could block progression where the Chrome Husky would no longer spawn if the Magnets! quest was completed. Players who were blocked will now be unblocked with this fix.