Sakura and Blanka from Street Fighter will be joining Fortnite as character skins, and will be available to purchase from the item shop starting April 28. 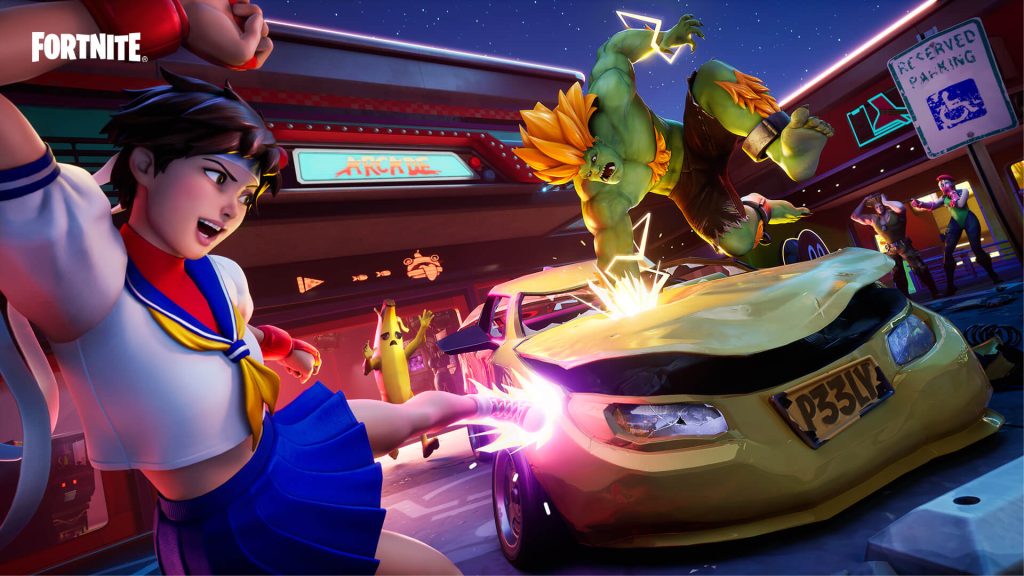 Over the years, Epic Games’ Fortnite has brought over many pop culture icons, characters from various  games, films, and more, and to keep up with that tradition, two more video game characters will be making their debut next week in the battle royale shooter.

Epic Games today announced that Blanka and Sakura from the classic fighting game series Street Fighter will be making their way to the island later in the week to celebrate the franchise turning 35 years old.

The news was announced through an official blog post, where the two character skins and their cosmetics were showcased. Blanka’s outfit comes with the Blanka Delgado alt style, inspired by Rival Schools’ Bowman Delgado, along with a Blanka Backflip Emote, and a Blanka-Chan Back Bling. Additionally, players will also be able to pick up the Tropical Hazard Kebab Pickaxe.

The Sakura outfit comes with the Sakura Gym alt style, inspired by her alt costume from Street Fighter 4, along with the iconic Sakura shuffle victory emote, a Hanakaze Claw Back Bling, a Fighting Tournament Trophy Pickaxe, and a Kayari Buta Glider.

Both the sets will be available to purchase from the item shop starting April 28.