The “Road & Track Car Pack” arrives today, bringing with it 10 new cars that will continue to diversify and beautify every “Forza Motorsport 3” garage. Featuring a wide array of car types, from the 2010 Ford Taurus SHO to the 500 horsepower Holden HSV w427, variety is the name of the game as the editors from Road & Track collaborated with Turn 10’s designers to assemble the car pack roster. The latest car pack is available starting today for 400 Microsoft Points on Xbox LIVE Marketplace. 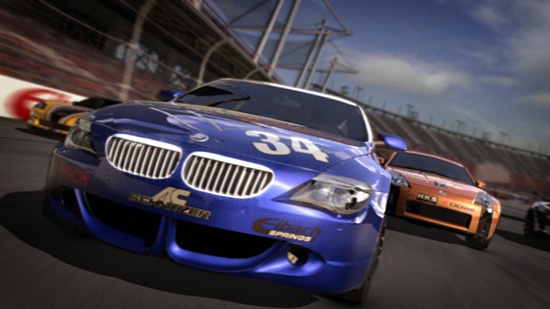 Whether you prefer the all-wheel-drive and uniquely boosted engine of the 2010 Volkswagon Golf R, the “brutal” twin-turbocharged W-12 engine of the 2010 Bentley Continental Supersports, or the lightweight power of the 2010 Mazda MX-5 Superlight, there’s a car waiting to be discovered in the “Road & Track Car Pack”.

Road & Track magazine is one of the best sources for car news in the world. Be sure to check out RoadandTrack.com or Forzamotorsport.net for more information on each of the vehicles presented in this month’s car pack.

Giving fans a taste of what’s to come in the Game Add-on pack, Turn 10 is offering the 2010 MINI Coupé Concept as the free download car of the month. The 2010 MINI Coupé Concept brings together a wide range of features for a truly sporting and ambitious style of motoring. Compact dimensions, perfect axle load distribution and a low center of gravity offer ideal conditions for enhancing the agility typical of MINI to a level never seen before.