Forza 4: A whole lot of announcements, including day one DLC 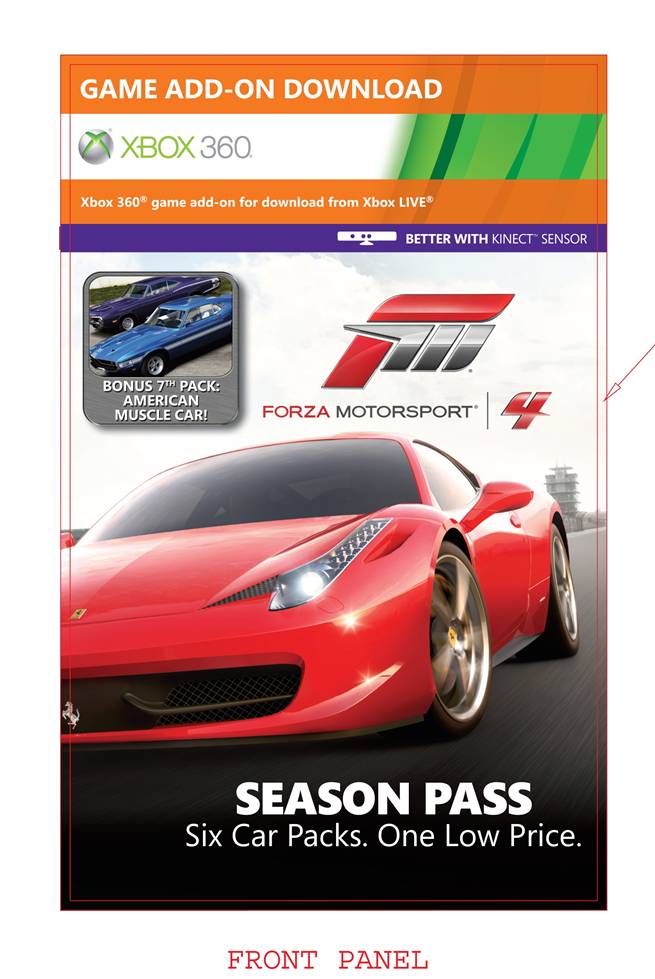 Starting 14th October, players can purchase the Season Pass on the Xbox LIVE Marketplace and at participating retailers for only 2,400 Microsoft points – redeemable for six game add-on packs, representing a 30 per cent overall saving as compared to purchasing the content separately.

Delivering 60 of the hottest cars to supplement your “Forza” experience, the six game add-ons included in the Season Pass offer will be released from November 2011 to April 2012 and are must-haves for “Forza Motorsport” fans, whether you like to race, tune or simply collect cars from the hundreds of available models in “Forza Motorsport 4.”

The “Forza Motorsport 4” Season Pass is also the key to the ultimate day-one experience. Fans who purchase the Season Pass will receive the first game add-on, the “American Muscle” car pack as an additional bonus

Xbox LIVE demo lands 3rd October to get you ready for race day
For those who cannot wait to speed to victory, the Xbox LIVE demo for “Forza Motorsport 4” will be available to download from the Xbox LIVE Marketplace on 3rd October for Xbox LIVE Gold members and on 7th October for all other Xbox LIVE members. More information about the demo will be revealed soon.
Furthermore, fans are encouraged to pre-order “Forza Motorsport 4” before its UK launch on 14th October to ensure they can get their hands on the Limited Collector’s Edition and to receive the “Launch Bonus” car pack as supplies will be limited.